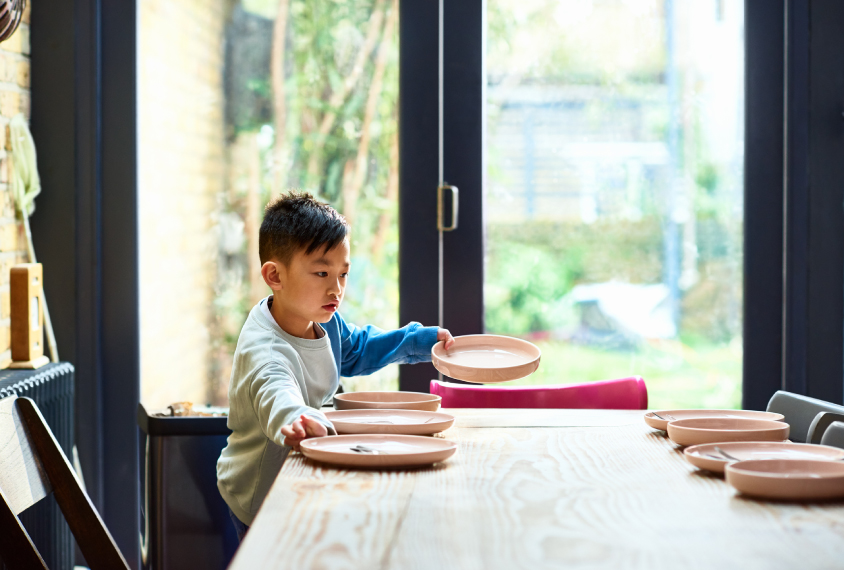 On repeat: Lessening an insistence on sameness in autistic kindergarteners may lower the chances they experience anxiety later on.

Autistic children who show a strong preference for ‘sameness’ in their daily lives — wearing the same clothing, taking the same route, following routines exactly — may be prone to develop anxiety, a new study finds.

And interventions to address this tendency early on may stave off or at least diminish later anxiety traits in these children, the researchers say.

“Perhaps by supporting these more vulnerable children and their families early in life to gradually build flexibility, face and tolerate uncertainty, and ensure supportive environments and gradual transitions, we might be able to help prevent or reduce the severity of anxiety experienced by autistic youth,” says lead investigator Danielle Baribeau, a clinician scientist and child and adolescent psychiatrist at Holland Bloorview Kids Rehabilitation Hospital in Toronto.

Anxiety disorders affect 20 to 60 percent of autistic children by middle childhood (about ages 6 to 12), in contrast to an estimated 2.2 to 27 percent of typically developing children.

“Talk therapies — for example, cognitive behavioral therapy — can help treat anxiety disorders in autism,” Baribeau says. “But what is still unclear is why anxiety is so common, who is most at risk, and is there anything that can be done to prevent anxiety before it becomes a problem.”

The severity of anxiety in autistic children tracks with their insistence on sameness, according to a 2019 study by Baribeau and her colleagues. But it was unclear whether one was a risk factor for the other, both influenced each other, they shared a common cause or there was some combination of these possibilities at play.

To decode the relationship, Baribeau and her colleagues analyzed data from 421 autistic children (65 female, 356 male) enrolled in Pathways in ASD, a long-term study in Canada. The data included the children’s levels of anxiety and insistence on sameness, measured using the parent-reported Child Behavior Checklist and Repetitive Behavior Scale-Revised, at about 3, 4, 7, 9 and 11 years old, on average.

A previous study from Baribeau and her colleagues that looked at this group found that roughly one-third of the children had elevated anxiety by age 12, and in two-thirds of these children the anxiety emerged or worsened between ages 6 and 8. The new study discovered that autistic children with either high or increasing insistence on sameness behaviors between ages 6 and 9 had an increased risk for anxiety symptoms 1 to 2 years later. The scientists described their latest findings on 24 July 2022 in European Child & Adolescent Psychiatry.

Rigid mindsets in the general population may predispose people to anxiety, studies show, and the strong association in children with autism may suggest a shared mechanism between them, the researchers say.

“Autistic children with a high need for sameness or behavioral rigidity may be more vulnerable to mental health challenges such as anxiety as they grow up,” Baribeau says.

But that risk might lessen with age: Insistence on sameness at age 11 was not linked to anxiety, Baribeau and her colleagues found.

“This could be for lots of reasons but leads us to ask lots of questions,” says Catherine Lord, distinguished professor of psychiatry and education at the University of California, Los Angeles, who did not take part in the new study.

“I thought this was a great paper,” Lord adds. “The only limitation, which is one in our whole field, not specific to this study, is that these are all parent reports, so parents who see a lot of insistence on sameness may interpret this as anxiety and vice versa.”

One possible explanation for the change over time is that younger children may prefer insistence on sameness as a strategy for coping with anxiety, whereas “older kids may use or find other methods,” Baribeau says.

All in all, the results “provide a rationale to think about clinical studies looking at therapies to prevent anxiety disorders from arising in the first place in autism,” Baribeau says. Behavioral interventions aimed at helping 6- to 8-year-olds tolerate uncertainty and cope with changes may have the greatest clinical impact, the data suggest.

“Now, when I see a kindergarten-age child struggling with transitions and really sticking to rituals and routines, I can counsel families about what to watch out for, and where to go in their area if anxiety starts to become a problem,” Baribeau says.

The work also underscores the importance of funding and conducting longitudinal studies, says Vanessa Bal, Karmazin and Lillard Chair in Adult Autism at Rutgers University in Piscataway, New Jersey, who did not take part in this work. “This is a great paper that really demonstrates the direction we need to go in studies of child behavior: thinking about how different individual characteristics — here, insistence on sameness and anxiety — vary and change over time and in relation to each other.”

Future research to understand insistence on sameness should include “talking to older children, teens and adults about the reasons that drive these behaviors — that is, worry versus other feelings of discomfort — and how that changes over time,” Bal says. “Over time, do they come to actually be worrying about social implications of insistence on sameness — for example, negative responses from others around their attempts to impose certain order or avoid change?”