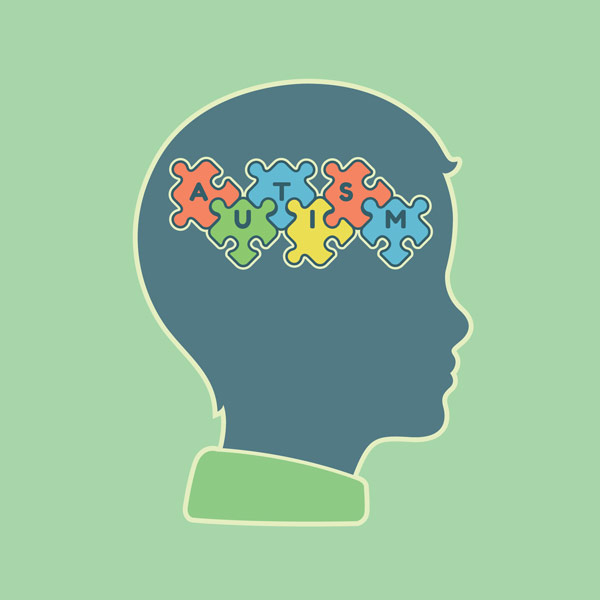 Irina Mir/Shutterstock.com Shape shifter: What do these puzzle pieces mean to you?

What does ‘autism’ mean? And who owns this term?

These are nebulous questions, more the sort you might expect to hear at a meeting of anthropologists or sociologists than of scientists. This is one aspect of the International Meeting for Autism Research that’s special — amid talks of markers and mutations, there are lively discussions of autism’s place in society.

At a keynote talk this morning, Roy Richard Grinker dove headlong into the rabbit hole of words and their many different meanings.

Grinker, an anthropologist, collaborator on groundbreaking autism epidemiology studies and father of a 23-year-old woman with autism, made a compelling case for why terms matter.

For example, the concept of ‘schizophrenia’ — from the Greek for ‘split mind’ — as a person split in two came from European Romanticism, from the powerful stories of Faust, Jekyll and Hyde, and Dorian Grey. But it became entrenched in the scientific field, and to this day, images of schizophrenia show bifurcated faces and bodies.

The stigmatizing effect of this visual is powerful: Grinker said when the Japanese term for schizophrenia changed in 2002 from ‘mind-split disease’ to ‘integration disorder,’ clinicians immediately saw an enormous uptick in people willing to be diagnosed.

Autism itself has gone through many identities over the years. Even though Leo Kanner is widely credited with the first description of autism in 1943, Grinker says there were mentions of the disorder well before that. Clinically, the term entered the diagnostic lexicon in 1980, when psychiatrists added autism to the DSM-III. But through the decades, it has shifted its shape many times — autism spectrum disorder, autistic disorder and Asperger syndrome, among others.

How society represents autism has also changed dramatically over time. There was, of course, the shameful blame game in holding ‘cold’ mothers responsible for their children’s autism. Grinker also reminded the audience of an ill-considered advertising campaign that described children with autism as having been abducted from their loved ones.

Symbolic representations of autism can also take on various, even opposite, meanings. You could see the famous puzzle piece used by many organizations as depicting people with autism as outsiders, never quite fitting in. Or you could see the symbol as celebrating the many efforts to integrate people with autism into society. The symbol’s beauty is, essentially, in the eye of the beholder.

There were no answers in either Grinker’s keynote or in a panel discussion that followed. But British researcher Simon Baron-Cohen did argue for replacing autism spectrum disorder with a term he’s been using in his papers for about 15 years: ‘autism spectrum condition.’

The term ‘disorder,’ defined as a lack of intelligible patterns, has damning connotations of suffering and of deficits. ‘Condition’ lacks that value judgment, Baron-Cohen says, and is gentler, kinder when delivered as a diagnosis.

Maureen Durkin, whose work explores how the intellectual disability field can inform autism research, suggested that perhaps we should drop all the other terms and go back to simply calling it … autism.