Video-based app may be effective screen for autism 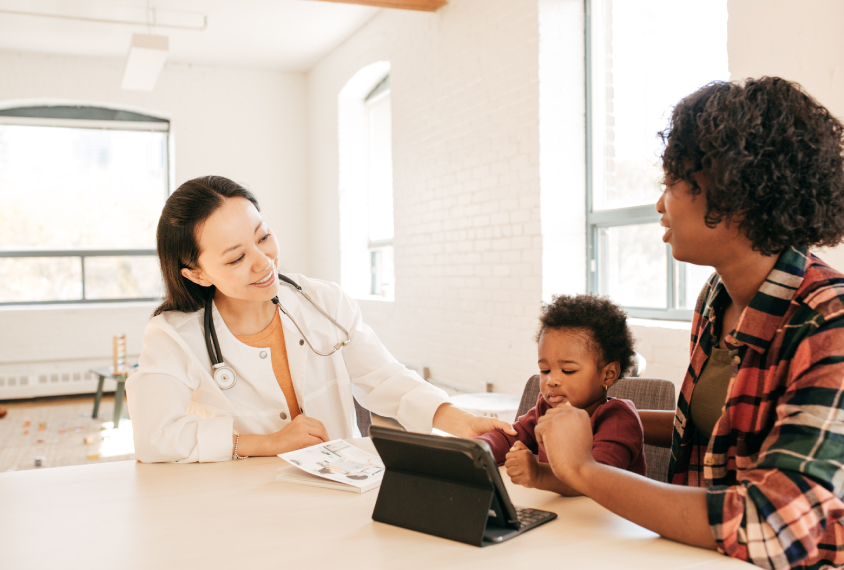 Researchers have built a tablet-based application that uses machine learning to make screening for autism easy and efficient.

Early tests indicate that most parents are willing to use the app, researchers reported today at the 2018 International Society for Autism Research (INSAR) annual meeting in Rotterdam, the Netherlands.

“No matter who the parents were, they reported high satisfaction with the app, and they found it easy to use and helpful,” says Suzanne Macari, co-director of the Yale Early Social Cognition Program, who presented the work.

The app, called the Yale Adaptive Multimedia Screener, uses narrated videos instead of written items to aid parents as they answer questions about their child’s behavior. One version of the screen is for children aged 11 to 16 months; the other is for those aged 17 to 30 months.

The tool is ‘smart’ and follows a ‘choose your own adventure’ format: It asks parents a series of questions that can vary based on their prior answers. The goal is to make screening efficient. For instance, if parents respond to the initial questions with answers that rule out autism, the screen ends quickly. If their answers suggest that their child may have autism, the tool poses follow-up questions.

In toddlers, the app’s results appear to track with those from a commonly used screen called the Modified Checklist for Autism in Toddlers. More research is needed, however, to validate the tool in both age groups.

The researchers used a machine-learning technique to design the two versions of the tool.

They fed children’s scores on several tests, such as the Autism Diagnostic Observation Schedule-Toddler Module and the First Year Inventory, into an algorithm. The algorithm is based on scores from 197 high-risk infant siblings of children with autism, 208 typical toddlers and 102 toddlers with autism.

The team used items from the tests to develop questions that would best predict how a child would score on a module of the Autism Diagnostic Observation Schedule, the gold-standard diagnostic tool for autism.

They then adapted the questions into videos and developed the mobile application. The videos may make the questions easier for parents to understand, says Fred Shic, co-lead investigator on the project and associate professor of pediatrics at the University of Washington in Seattle.

Certain populations, such as black and Latino people, face many barriers on the path to an autism diagnosis. But modifying screens can make them more accessible to these groups. For instance, oral screens may perform better than written screens among Latinos.

“The hope is it will be better in some ways, more accessible, more readily incorporated into standard measures,” Shic says.

The researchers tested whether parents are willing to complete the mobile screen.

They invited about 400 families from an ethnically diverse community in New Haven, Connecticut, who brought their children in for a well-child visit to take the test. About 85 percent, or 340 families, agreed to participate.

Among those who agreed, 51 percent are black, 4 percent are Asian, 30 percent are mixed-race and 15 percent are white. In all, 44 percent identify as Hispanic, and 40 percent have more than a high-school-level education.

This suggests that families from a range of backgrounds are willing to take the screen, Macari says.

However, the screen is only available in English; about 20 percent of families the team initially hoped would participate couldn’t take the test because they are not fluent in English.

Because one motivation for developing the screen was to be more inclusive of various racial and ethnic groups, Macari says a future goal is to translate the screen into other languages, including Spanish.