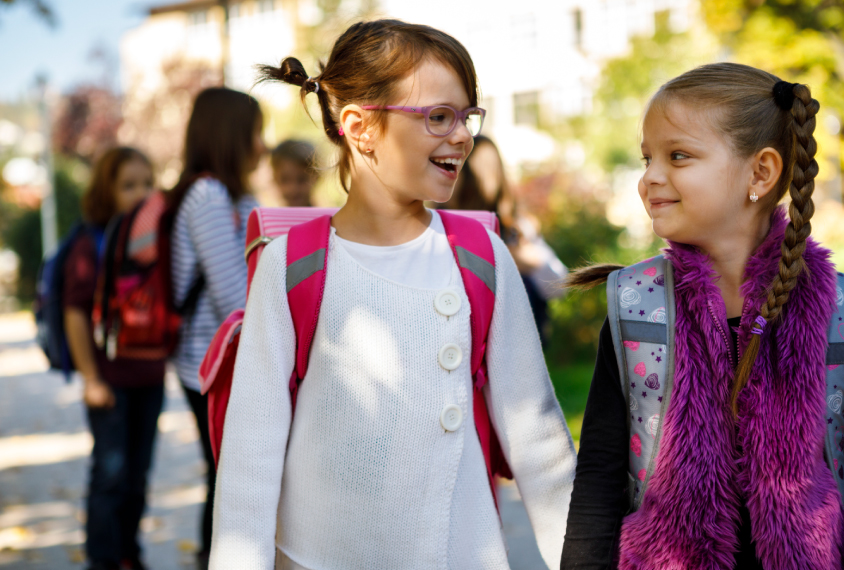 Good talker: Clinicians might miss signs of autism in a child with strong verbal skills.

Girls are diagnosed with autism 1.5 years later, on average, than boys, according to an analysis of 1,000 people living in Rhode Island and nearby states1. The delayed diagnosis may be due to the fact that autistic girls tend to have stronger verbal abilities than autistic boys do.

The analysis also found that 85 percent of the 1,000 have autism, and nearly half of the participants have another psychiatric condition, such as depression or anxiety. About 1 in 4 has tics, and nearly 1 in 10 has a history of self-injury.

There is increasing recognition that girls with autism are often diagnosed late or misdiagnosed with other conditions2. Researchers have suggested that this is because diagnostic tests for autism are designed for boys, or perhaps because clinicians associate autism primarily with boys.

The new study is among the first to look for an explanation for the gender bias in a large group of people.

Language ability — but not other traits associated with autism, such as repetitive behavior — may explain why girls are diagnosed with autism later than boys, the team found.

“The girls in our sample who were later diagnosed are reported by parents to have better verbal abilities,” says Stephen Sheinkopf, lead investigator and co-founder of the Rhode Island Consortium for Autism Research and Treatment (RI-CART).

RI-CART’s registry includes families from all over Rhode Island. The first 1,000 participants range from 21 months to 64 years old, and enrolled, on average, at age 14. The researchers estimate that the group represents at least 20 percent of children with autism in the state.

About two-thirds of the first 1,000 participants had an autism diagnosis before they enrolled in the study. Clinicians confirmed these diagnoses and diagnosed another 18 percent after enrollment. Nearly 80 percent of the group is male, consistent with autism’s generally reported sex ratio of 4 to 1.

The group is “what I like to think of as a clinically realistic and deeply sampled group of individuals,” Sheinkopf says. His team reported the results in Autism Research in January.

The findings provide further evidence that girls with autism are diagnosed later than boys, says Clare Harrop, assistant professor of allied health sciences at the University of North Carolina at Chapel Hill, who was not involved in the study. The outstanding question is whether autism manifests differently in girls than in boys.

“There’s a number of us in the [United States] and Europe and Canada who are really working to define the female phenotype of autism and how autistic females may look different,” Harrop says. “Do I think there’s a completely different phenotype? I don’t know yet.”

Defining a female phenotype could make it possible to identify autistic girls at an earlier age, the researchers say, which might improve the girls’ outcome.