Variants in trust hormone receptor up the risk for autism 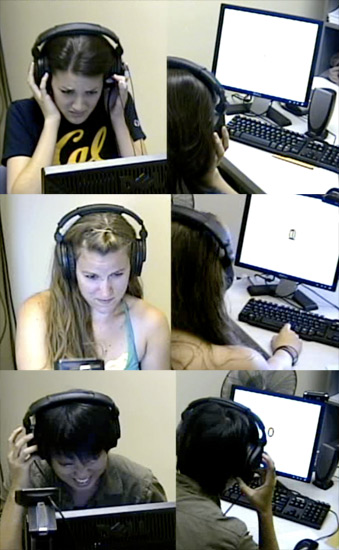 Under duress: People who carry certain variants of the oxytocin receptor are more likely to have autism, and to react more strongly to stressful situations.

Genetic variations that tweak the brain’s release of oxytocin — a hormone involved in social bonding and establishing trust — may increase the risk of developing autism or traits of the disorder, according to three new studies published in the past few months.

One of the studies also finds, for the first time, that oxytocin regulation in people with autism is partly controlled by epigenetic changes, which can turn genes on or off without altering the underlying code.

Oxytocin has been linked to autism for nearly two decades, and the hormone is already being doled out in several small clinical trials to treat the disorder. But the new reports are part of a growing wave of interest in the precise nature of its involvement.

“The field is really new,” says Sue Carter, professor of psychiatry at University of Illinois at Chicago, who was not involved in either new study.

Researchers have previously found significant associations between particular oxytocin-related variants and autism, but how these variants alter the hormone’s production or interact with other genes and developmental influences is unclear, Carter says. “At this point, we’re working with fragments of knowledge, but the fragments we have are remarkably consistent.”

Oxytocin is known to induce birth and lactation in female mammals. In 1991, Carter’s team was the first to show that it also plays a role in the social behaviors of prairie voles, famous for their monogamy. In a series of experiments, she and her colleagues found that giving small doses of oxytocin to vole pups on the first day of life significantly increases pair bonding and decreases anxiety in adulthood1.

Several years on, other scientists found that compared with healthy controls, children with autism have significantly lower levels of oxytocin in their blood plasma2. This finding spurred several trials that use nasal spray oxytocin as a treatment for adults with autism, although no one knows much about the biology behind the findings.

Oxytocin is both a hormone — a messenger chemical that travels by blood from the brain to different body tissues — and a neurotransmitter, a signaling molecule for brain cells. Unlike other neurotransmitters, such as serotonin and dopamine, which may attach to a slew of different receptors in the brain, oxytocin binds to only one, which is encoded by the OXTR gene.

One of the new reports, published 15 December in the Proceedings of the National Academy of Sciences, found that people carrying certain common genetic variants, called single nucleotide polymorphisms or SNPs, in OXTR tend to have trouble showing empathy and responding to stressful situations3.

According to another report, much rarer variations in the oxytocin receptor or epigenetic changes to the gene could also lead to autism-like behaviors. The study, published in the October issue of BMC Medicine, suggests that these alterations prevent people with autism or related conditions from producing adequate amounts of the oxytocin receptor4.

The researchers are particularly interested in the epigenetic link, as work in mice over the past few years has shown that these processes can be affected by environmental factors, such as hormones or diet. “What we were quite excited about is that here’s another mechanism, on top of all of the others, that could cause the disease,” says lead investigator Simon Gregory, assistant professor of medical genetics at Duke University.

It’s telling that different kinds of OXTR abnormalities, including the common variants, have now been linked to autism-like traits, he adds. “My feeling is that oxytocin is going to play an important role. We just have to figure out why.”

To explore how common variations of OXTR affect social abilities among healthy people, researchers in Dacher Keltner‘s psychology lab at the University of California, Berkeley, used the ‘Reading the Mind in the Eyes‘ test. The test asks participants to evaluate what a person is thinking or feeling by looking only at photographs of eyes. High scores indicate a strong ability to empathize.

In 2007, researchers reported that healthy participants given nasal oxytocin score higher on this test than those given a placebo5.

The new study measured the test scores of 192 healthy people carrying two different versions of a particular SNP in the OXTR gene.

A 2005 study of a Chinese population found that type-A individuals are significantly more likely to have autism than those who are type G7; a study of Japanese people with autism published 22 January found the same association, although it did not quite meet statistical significance8. Taken together, these findings suggest that the SNP is important for empathic behavior.

The new study found that type-A individuals misjudge the emotion displayed in the eye photos about 25 percent of the time, compared with a 20 percent error rate for the type-G individuals, a statistically significant difference.

The researchers also showed that people carrying the type-A variant have stronger physiological reactions to stressful situations. When anticipating a loud noise, type-A individuals’ heart rates had an average of 78.4 beats per minute, whereas type-G individuals averaged 72.1 beats.

These results lend credence to the theory that stress response is directly related to empathy, notes co-investigator Sarina Rodrigues, an assistant professor of psychology at Oregon State University.

“It seems that having a high stress response debilitates you, in a sense. It makes you a little too consumed with your own world, and so it makes you physically incapable of understanding what other people are going through around you,” she says.

Carter says this is a plausible theory, and that a poor response to stress might also explain the social withdrawal of people with autism.

“Any little disturbance, whether being in a shopping mall, or not being able to find their favorite toy, can put them into a situation where they can’t cope,” Carter says. “It may be that they do not have the ability to recruit certain kinds of cognitive and social functions because they’re in more of a survival mode.”

Rodrigues plans to follow up this work by taking a closer look at how these common variants — which are located in a non-coding part of the gene — might influence oxytocin release during stressful or social interactions.

One gene, many mechanisms:

Because they are so common in the population, the SNPs in OXTR aren’t likely to, by themselves, cause autism. In the past couple of years, scientists have instead pushed to screen people with autism for rare variations that can directly affect the coding region of a gene.

The new epigenetic study is one example. The researchers began with a broad search for copy number variations — large DNA deletions or duplications — in a group of 119 unrelated people with autism.

In one young boy, the scientists found a particularly interesting variation: a five-gene deletion on chromosome 3 that includes OXTR.

The researchers then screened the boy’s close family members, and found that he inherited the deletion from his mother. The mother has self-reported obsessive-compulsive disorder, which is frequently diagnosed in people with autism and has also been linked to elevated oxytocin levels in cerebrospinal fluid9.

The boy’s brother, who also has autism, does not carry the deletion. “If he had, then I don’t think it would have made nearly as interesting a story, because we wouldn’t have explored things other than the deletion of the gene,” says Gregory, assistant professor of medical genetics at Duke University.

The researchers found that the boy’s brother carries methyl groups that bind to OXTR, effectively turning off the expression of the gene and probably leaving him with an abnormally low number of oxytocin receptors.

Unlike the DNA code, which is permanently fixed in almost every cell, DNA methylation changes dramatically throughout development, and in various body tissues. By searching samples of postmortem brain tissue from six males with autism and six controls, Gregory’s team confirmed that increased OXTR methylation lowers expression of the gene in the temporal cortex, a region that’s been implicated in autism.

Gregory says the results have potential clinical applications, as individuals with high OXTR methylation — and, presumably, abnormal oxytocin regulation — might be the best candidates for oxytocin treatments.

Some researchers say the findings provide a scientific rationale for trials with oxytocin, which have been controversial in the autism field.

“The advantage of these papers is that they’re confirming our suspicion that, at least for some children with autism, abnormalities in oxytocin signaling are part of their pathophysiology,” says Evdokia Anagnostou, a clinician scientist at Bloorview Research Institute in Toronto. “Interventions that target this system are going to have a higher chance of successful, long-lasting developmental effects.”

A couple of years ago, Anagnostou and colleagues launched a six-week trial of 20 adults with autism. The researchers are in the final stages of data analysis. “There seems to be nice improvement in both social cognition and repetitive behavior,” Anagnostou says. She has since applied for funding from the U.S. Department of Defense to start a three-year trial on 60 children with autism, which she hopes to begin before summer.

Others counter that there are still many unanswered questions, and clinical testing is premature and potentially dangerous. Carter notes, for instance, that there are no animal models to study the effects of chronic oxytocin use on the developing brain.

“My opinion is that a healthy oxytocin system is going to be very important to the normal ability to cope with social challenge,” Carter says. “What I’m not convinced of is that we’re ready to be giving it to autistic children as a therapy.”