Use of certain social strategies linked to anxiety in autism 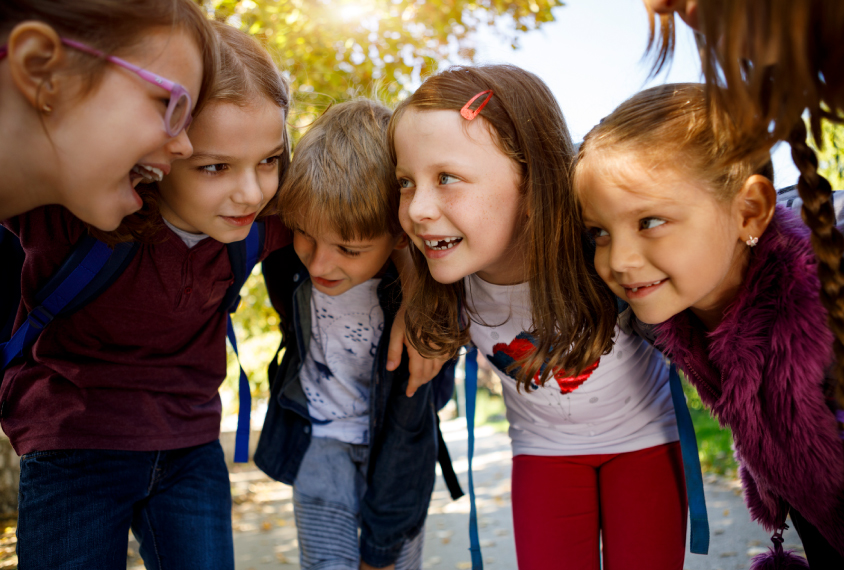 Playground pressures: Going to extraordinary lengths to fit in may be stressful for some children with autism.

Children with autism often have trouble understanding others’ thoughts, and some may compensate for this by creating scripts and using other learned strategies to navigate social situations. But that compensation comes at a cost: The children who engage in it become unusually anxious, a new study suggests1.

These children also are more likely than those who don’t compensate to have high scores on tests of verbal intelligence and a set of mental skills called executive functions.

Compensation can prove useful to people who lack a strong theory of mind, the ability to understand the desires and intentions of others.

“We think these people are quite good at compensating for their difficulties with theory of mind,” says Lucy Livingston, a graduate student in Francesca Happé’s lab at King’s College London who worked on the study. “[But] evidence suggests there could potentially be some kind of negative consequence to compensating.” (Happé was unavailable for comment.)

The findings suggest that clinicians should try to identify children who compensate and direct them toward therapies that alleviate their anxiety as well as improve their social skills.

“If you can bring that anxiety down, you give people the opportunity to compensate more effectively because they’re not going through the stress,” says David Skuse, professor of behavioral and brain sciences at University College London, who was not involved in the research. “That’s where I see the scope for intervention.”

The study includes 136 children with autism or autism traits, aged 10 to 15 years, who are part of the Social Relationships Study in the United Kingdom. The researchers rated the children’s autism traits using the Autistic Diagnostic Observation Schedule (ADOS).

The children and their parents filled out questionnaires to assess the children’s level of anxiety. The children also took verbal and nonverbal intelligence quotient (IQ) tests, and performed tasks that assess their theory of mind and executive function — including short-term memory and the ability to switch from one task to another.

Among the children with theory-of-mind difficulties, about half show strong social skills on the ADOS, suggesting they compensate for their social deficits.

These children report higher rates of anxiety, too, although that difference is not reflected on the parent reports. The study appeared 26 March in the Journal of Child Psychology and Psychiatry.

“[The results] go in the direction in which you would expect: higher IQ, better executive function and higher anxiety,” Skuse says.

The researchers did not find any correlation between compensation and gender, despite work suggesting that camouflaging is more common in girls. (Camouflaging involves masking social problems by copying others’ behavior.) But boys outnumbered girls 112 to 24 in the study, so researchers may need better numbers to find a difference.

Researchers still don’t know exactly how widespread compensation is or who is most likely to employ the technique.

“We have a very limited understanding right now,” says Lauren Kenworthy, associate professor of neurology, pediatrics and psychiatry at George Washington University in Washington, D.C., who was not involved in the work. “This [work] is spearheading our focus on compensation.”

The results are preliminary, and an individual’s ability to compensate might be different outside of a clinical setting.

The study is based on “a fairly structured interaction with just one other individual,” says Livingston. “Compensating in real-world situations could be a lot more challenging.”

The researchers aim to study compensation in realistic social settings, such as playgrounds or classrooms. They also plan to ask people who compensate what strategies they use. One goal is to determine whether people with autism consider that the social benefits are worth the cost.