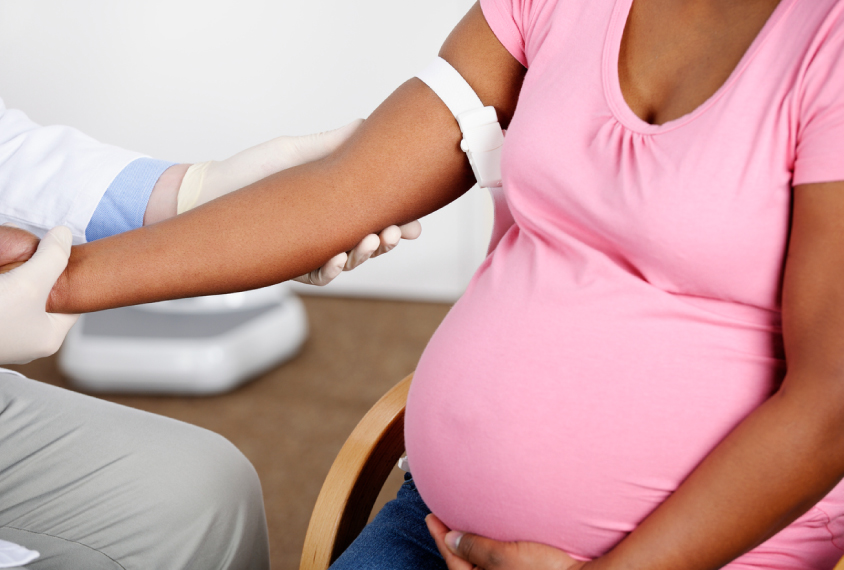 Early information: A new test relies on DNA extracted from fetal cells in the mother's blood.

A blood test can accurately detect whether a fetus carries large mutations of the kind linked to autism, according to findings from a pilot study. The researchers also plan to extend the technique to detect mutations that affect a single DNA base.

They presented the findings yesterday at the 2019 Dup15q Alliance Scientific Symposium in Houston, Texas.

The test is not available to doctors yet, but its creator says it is only a matter of time before it is.

“This test will revolutionize prenatal diagnosis,” says lead investigator Arthur Beaudet, professor and chair of molecular and human genetics at Baylor College of Medicine in Houston.

Doctors test for major genetic abnormalities whenever an ultrasound scan suggests a fetus is developing atypically. They also test pregnant women who have a family history of genetic conditions, as well as those who are older than 35.

Most tests for genetic disorders require sampling fetal DNA by inserting a needle into the womb — a practice that boosts the risk of a miscarriage. More recently, doctors have been able to use a blood test that analyzes fetal DNA floating in the mother’s bloodstream. This test can accurately detect major chromosomal abnormalities, such as the one that causes Down syndrome, but it is far less accurate at spotting subtle genetic glitches.

To create such a test, Beaudet and his colleagues extract intact fetal cells from the mother’s blood; DNA extracted from these cells is easy to distinguish from maternal DNA.

“This is going to provide better genetic testing to families,” says Stormy Chamberlain, associate professor of genetics and genome sciences at the University of Connecticut in Farmington, who wasn’t involved in the study.

Fetal cells are extremely scarce in the mother’s blood. Beaudet’s team uses magnetic beads coated with a sticky tag that binds to the cells. They use magnets to pull the cells out of blood samples and then sequence the DNA.

So far, the researchers have focused on copy number variants, large deletions or duplications of DNA. Many of these so-called CNVs are linked to autism and related conditions, including dup15q syndrome, the focus of the meeting.

Beaudet’s team conducted two pilot studies of their test. The first involved blood drawn from 42 pregnant women; the second involved samples from 53. All of the women were in the first trimester of pregnancy.

The researchers were able to isolate one or two fetal cells from every 10 milliliters of blood; only about half of the cells yield data of sufficient quality for analysis.

The researchers then focused on the 47 women whose blood yielded at least two fetal cells with high-quality DNA; 36 of those women had also undergone amniocentesis and chorionic villus sampling, which revealed six fetuses with major genetic abnormalities. The new test agreed with the invasive test results 100 percent of the time, Beaudet says.

Beaudet is founder of Houston-based Libra Genetics, a company that seeks to commercialize the new test. Blood tests of floating fetal DNA go for about $750, Beaudet says.

Libra has competition: On Tuesday, a San Diego, California-based company called Cradle Genomics announced that it has raised $17 million to develop a noninvasive prenatal test based on fetal cells scraped from a woman’s cervix.