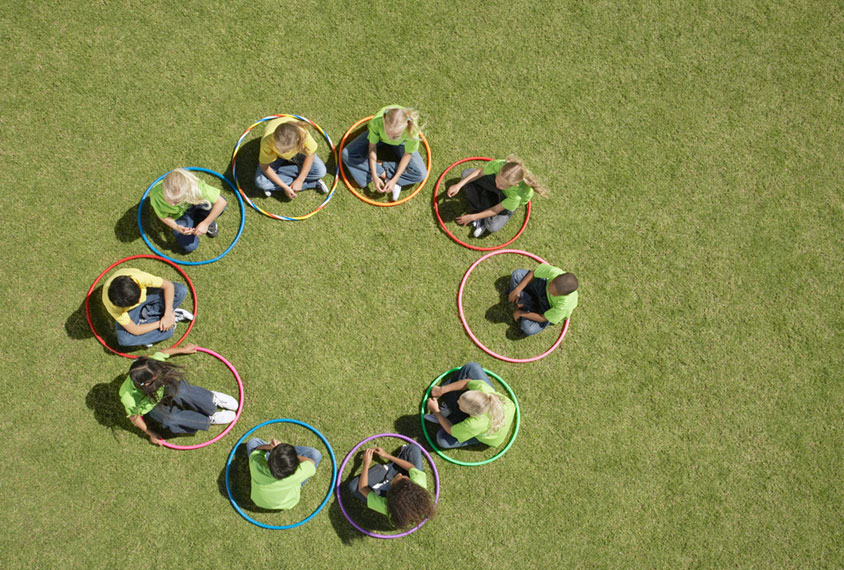 Improving identification: Rising autism prevalence numbers are probably due more to improved identification and diagnosis than to a true change in prevalence, experts say.

Autism prevalence in the United States rose to 1 in 44 children in 2018, up from 1 in 54 in 2016, according to a new study examining autism prevalence among 8-year-olds in 11 states. As in previous years, the uptick is likely due to improvements in identification, diagnosis and referrals to services, rather than a rise in how many children have autism, experts say.

The U.S. Centers for Disease Control and Prevention (CDC) released the report today.

The data are based on health and educational records for 220,281 children, collected as part of the CDC’s Autism and Developmental Disabilities Monitoring (ADDM) Network. States in the ADDM Network include Arizona, Arkansas, California, Georgia, Maryland, Minnesota, Missouri, New Jersey, Tennessee, Utah and Wisconsin.

About 4.2 times as many boys as girls were identified as having autism, a sex ratio that is consistent with previous ADDM reports and with other prevalence estimates.

Among children who were 4 years old in 2018, the autism prevalence was 1 in 59, according to an accompanying report on 220,394 children across the 11 ADDM sites. This figure rose from 2016’s estimate of 1 in 64 children. Compared with the older cohort, these children were about 1.5 times as likely to be either diagnosed with autism or identified as needing special education by age 4, the study found.

“It certainly seems like some of this change is due to the way children are being identified, diagnosed and served in their communities,” says Matthew Maenner, an epidemiologist and surveillance team lead for the CDC’s National Center on Birth Defects and Developmental Disabilities, who led the report on 8-year-olds.

“Where it’s really informative is about local practice, and the variability in local practice, and our continued need to address issues related to systemic disparities in health care,” says David Mandell, professor of psychiatry at the University of Pennsylvania in Philadelphia, who was not involved with either report. “But I think we need to stop thinking about it as an accurate estimate of the prevalence of autism in the United States.”

As in the 2016 surveillance year, there were no significant differences in autism prevalence among white, Black, Asian or Pacific Islander children, suggesting that early screening and identification have helped narrow racial disparities when it comes to early identification of autism.

“It was a difficult thing to communicate this year,” he says. “It does seem like each year, things among the 8-year-olds seem to be closing.”

Among the children who were 4 years old in 2018, however, the situation is different. The latest ADDM report on 4-year-olds includes children from all 11 sites, whereas the report for 2016 included only 6 sites. Drawing on a larger trove of data, ADDM investigators found that prevalence was lowest among white children as compared with Black, Hispanic, Asian and Pacific Islander children.

This difference is not driven by one site pushing up the average, but by a broader trend across all 11 sites, says Kelly Shaw, an epidemiologist at the National Center on Birth Defects and Developmental Disabilities, who led the report on 4-year-olds. “Hopefully it reflects better access to services,” she says.

Consistent with previous years’ reports, a disproportionately high number of autistic Black children in both age groups were also identified as having intellectual disability. One possible explanation is that children without intellectual disability may not be coming to the attention of healthcare providers as readily, says Stuart Shapira, associate director for science at the National Center on Birth Defects and Developmental Disabilities, who was not involved in the new reports.

That issue may be more pronounced for Black children because of systemic biases. “If providers see a Black kid and they’re behind in language, and they’re having poor social communication, do [the providers] think autism? Or do they just think this kid has an intellectual disability or behavior problem?” asks Katherine Zuckerman, associate professor of pediatrics at Oregon Health and Science University in Portland, who was not involved in the new studies.

ADDM reports usually come out every two years in March. The previous one was released in March 2020. This year’s reports arrived several months earlier than usual, thanks to new methods for estimating prevalence at the 11 ADDM sites, the researchers say.

Rather than having ADDM clinicians examine data from individual children’s school records and medical records — a time-consuming and data-heavy process used in years past — the new method relies on records of autism diagnoses from clinicians, special-education classifications of autism and hospital billing codes for autism services, yielding similar results from half as much data.

Amid the coronavirus pandemic, the new approach made it possible for investigators at the ADDM sites to complete their work with minimal data access problems, Maenner says.

But the new methods may not eliminate some of the shortcomings of ADDM data, Mandell says. “They’re basing their accounts solely on what’s in the healthcare record, and [researchers at different sites] have variable access to those records,” which may explain some of the regional variability.

Mandell says he would like to see resources going to service and support systems for autistic children and their families, beyond just tracking prevalence. ​​

“How do we think about improving the quality and the inclusiveness of education care, of the ability of primary care providers and specialty physicians to provide appropriate care to address the many sources of disability and distress that these kids and their families experience, rather than continuing to put resources into counting?” he says.

To this end, investigators in the ADDM Network are collecting data on 16-year-olds with autism, tracking issues related to their mental health, co-occurring conditions and issues with transitioning to adulthood, Maenner says.

With reporting by Angie Voyles Askham.