Two top autism genes may have a mechanism in common 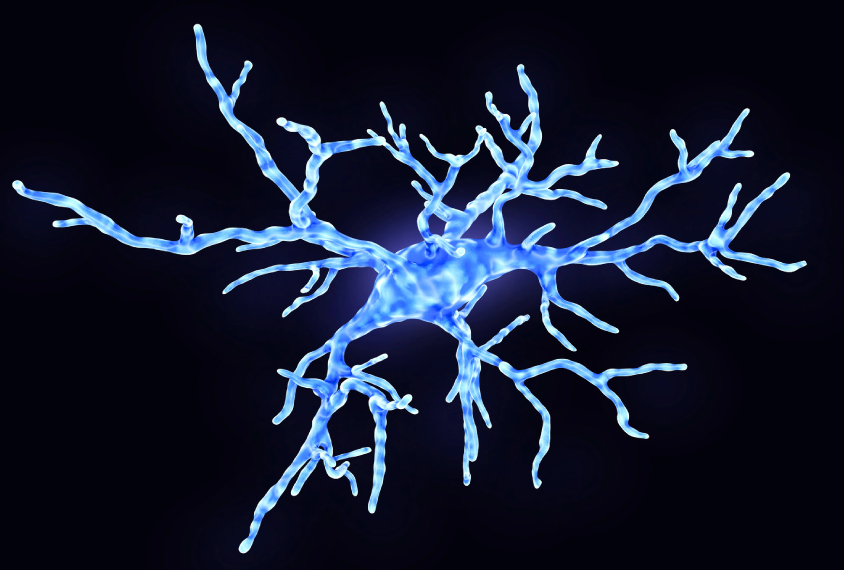 Glia glut: Mice with decreased expression of either of two autism genes have elevated levels of microglia in their brain.

Mutations in two genes linked to autism and intellectual disability may boost the immune response and cause synapse dysfunction, according to unpublished research.

Researchers presented the findings virtually yesterday at the 2021 Society for Neuroscience Global Connectome.

People with a mutation in the gene ADNP or POGZ often have autism and intellectual disability. Previous research has shown that a mutation in either gene increases the expression of other genes, but it was unclear how such changes lead to an individual’s traits.

The similarities, though, seemed to be clues to a common pathway, says Megan E. Conrow-Graham, who presented the work. Conrow-Graham is a graduate student in the lab of Zhen Yan at the State University of New York at Buffalo.

The new research offers a possible shared mechanism: Many of the overexpressed genes, they found, are involved in the immune response, which could produce excess microglia in the brain and, in turn, synaptic dysfunction.

The results line up with previous research on the increased expression of immune-response genes in ADNP syndrome and other forms of autism, says Illana Gozes, professor emerita of clinical biochemistry at Tel Aviv University in Israel, who was not involved in the new research.

To study the effects of ADNP and POGZ mutations, Conrow-Graham and her colleagues developed short pieces of RNA that silence either of the two genes. They engineered a virus to carry these pieces of RNA into cells, injected the modified virus into the medial prefrontal cortex of 4-week-old mice and then evaluated the animals’ behavior and synaptic function.

The medial prefrontal cortex is thought to be involved in social behavior and cognition. Mice with silenced ADNP or POGZ genes performed worse than controls on tests of spatial reasoning and memory, but not on tasks of general motor function, suggesting that the loss of the genes resulted in cognitive impairments.

Neurons with decreased expression of either of the two genes had excitatory synapses with lower firing frequency than those of typical neurons, which may point to atypical synaptic function, the researchers say.

The team also used RNA sequencing to examine how the loss of ADNP or POGZ affects gene expression. As expected, they found that mice with a silenced gene had higher expression levels of other genes throughout the brain than controls did.

And when the team assessed the differentially expressed genes according to their function, they found that the largest differences occurred for genes related to immune response and inflammation. Previous research has shown that people with neurodevelopmental disorders also tend to have increased expression of genes that fall into this category.

Mice with decreased expression of ADNP or POGZ also had more microglia in their prefrontal cortex than typical mice do — an increase that can occur as a result of inflammation. Because both the treated mice and the control mice received viral injections — either with or without gene-silencing RNA — the inflammation must stem from the gene silencing and not its delivery, Conrow-Graham says.

She and her colleagues propose that an upregulation of immune response genes increases levels of microglia, an increase that is also seen in other forms of autism, and their presence leads to synaptic damage.

Conrow-Graham says that this theory offers a possible convergent pathway for autism and intellectual disability of different origins and could potentially lead to new treatment options.

An earlier version of this article misstated the age of the mice studied and mischaracterized the firing frequency of their excitatory synapses.