Tripping over the potential of psychedelics for autism

Aaron Orsini took the psychedelic drug LSD for the first time when he was 27, about four years after he had been diagnosed with autism. The experience, in 2014, transformed his life: During his ‘acid trip,’ he walked through the woods and encountered another person, and in a simple exchange of greetings, he says he experienced a deep joy in and understanding of human connection that he hadn’t previously known.

Since then, Orsini has continued to take LSD periodically, as well as another psychedelic substance, psilocybin. Low to moderate doses of LSD, he says, make him “capable of more directly feeling and labeling my own emotional states — and perceiving the cues relating to the emotional states of others.”

Orsini has had similarly profound experiences taking another substance, MDMA, commonly called ecstasy or molly — a psychoactive drug that is not generally considered psychedelic yet shares some similar effects and biochemical targets. MDMA has helped him not only to experience the enhanced social connections many users describe, he says, but to re-examine and deal with the trauma, confusion and self-doubt he carries as an autistic person in a largely non-autistic world.

Orsini detailed his experiences in a 2019 self-published book, “Autism on Acid,” and a year later co-founded a peer support group called the Autistic Psychedelic Community. Some people describe bad experiences, Orsini says, but growing numbers of autistic people in his forum, and in others focused on autism more generally, are sharing their strongly positive impressions of these substances.

Despite that enthusiasm, researchers are hesitant about the promise of psychedelics for people with autism. The therapeutic potential is far from implausible: Studies in animals models show positive results for MDMA in particular. And psychedelics act primarily on the serotonin system, which is already implicated in autism.

Yet researchers don’t know how the biological differences underlying the condition — whether in serotonin signaling, brain wiring or other factors — might intersect with the drugs’ effects. And the researchers and pharmaceutical companies exploring these questions need to balance any potential benefits against the risks: MDMA, which is derived from amphetamines, has potential for misuse, for example, and LSD and psilocybin can prompt episodes of psychosis.

“There’s a lot of caution, but there’s certainly discussion,” says Clinton Canal, assistant professor of pharmaceutical sciences at Mercer University in Atlanta, Georgia. “I think the big thing is, we need a lot more research.”

It’s hard to ignore the current boom of studies on psychedelic therapies for a range of neuropsychiatric conditions, including post-traumatic stress disorder (PTSD), chronic pain and intractable depression. Several dozens of companies are testing psychedelic or related compounds to treat such conditions.

To date, little work has directly investigated the role these substances could play in easing autism traits. Yet research on psychedelics as therapies for autism has a documented history: About a dozen small studies conducted from the late 1950s to the 1970s tested psychedelic compounds — mainly LSD, psilocybin and a synthetic analog of LSD — in autistic children and adolescents.

“None of it would stand up today,” says Alicia Danforth, a clinical psychologist in private practice and researcher at the Lundquist Institute for Biomedical Innovation at the Harbor-UCLA Medical Center in Torrance, California — in part because the diagnostic criteria for autism have changed since then. Also, those studies consisted of only about 100 children in total, and most were observational with poorly defined outcome measures. Just two approach modern standards, she says, and most — which included children as young as 5 or those with intellectual disability — would be deemed unethical under today’s guidelines.

In several cases, children experienced the intense panic and fear characteristic of a so-called ‘bad trip,’ but on the whole, the studies hinted that many children benefited from the drugs, at least in the short term, showing gains in emotional responsiveness, for example.

Danforth and her colleagues have conducted the only study since then in which autistic people took a psychedelic-like substance — in this case, MDMA. That work was funded by the Multidisciplinary Association for Psychedelic Studies, a nonprofit organization that also supported research on psychedelics that demonstrated positive results last year in a late-stage trial using MDMA to treat PTSD.

Danforth’s trial, published in 2018, was small but yielded some promising results, she says. Eight autistic adults with low support needs took MDMA, and four took a placebo, during two eight-hour psychotherapy sessions, spaced about a month apart. All the participants then attended another three drug-free psychotherapy sessions. Those who had taken MDMA experienced a marked reduction in social anxiety, as measured by a clinician-administered social anxiety scale — an effect that lasted at least several months. Afterward, the four people who had received the placebo were offered — and accepted — the option to take MDMA.

“There was definitely a notable and durable drop in social anxiety scores,” Danforth says. One participant didn’t respond to the drug, she noted, adding that early estimates suggest that about 10 percent of people don’t. Seven participants contacted her after the study — one as recently as last year — just to tell her how positive their experience on the drug had been.

“This doesn’t work for everybody. But when it does work, it can be quite profound,” she says. 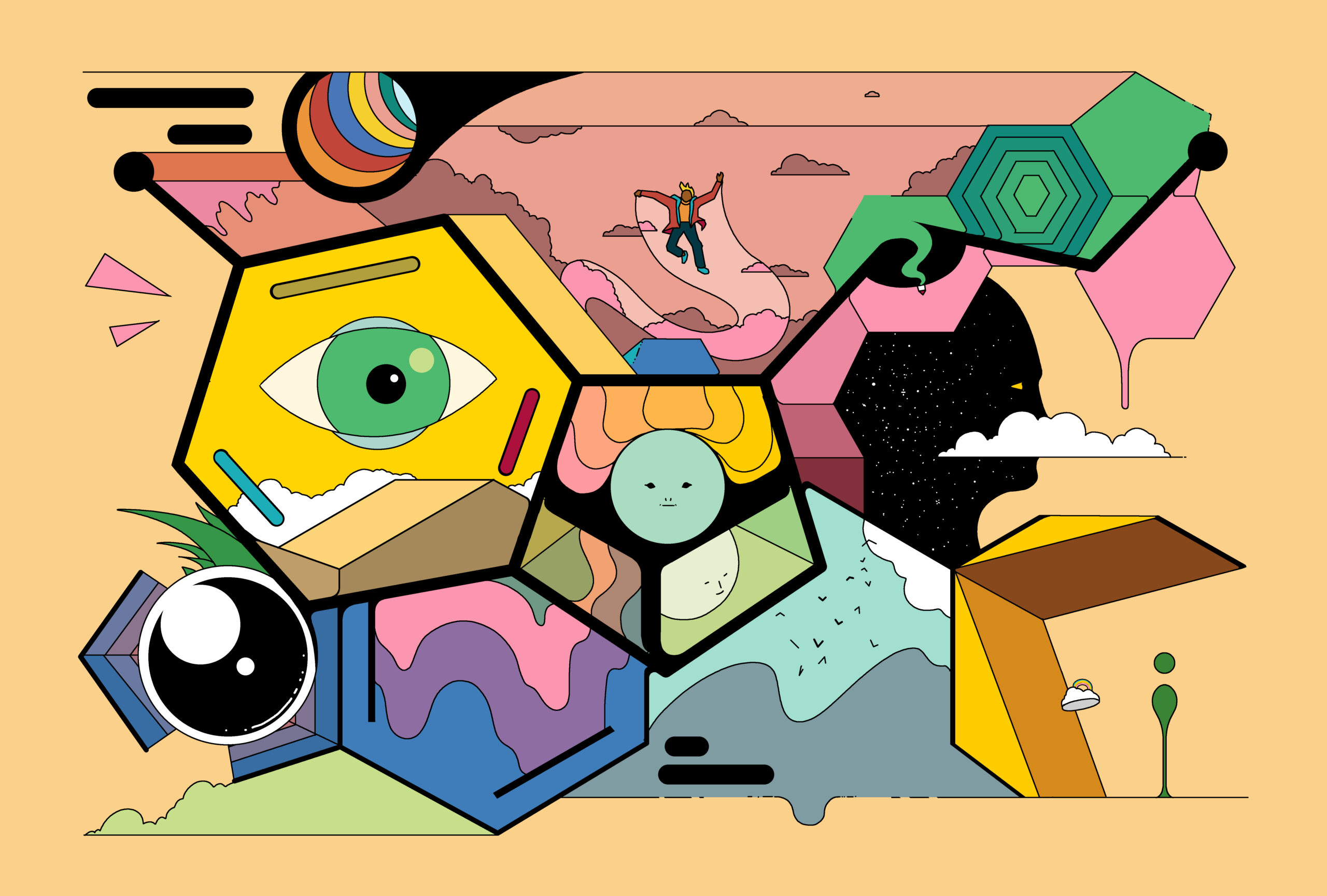 Lab studies support the idea that MDMA in particular could benefit autistic people, says Robert Malenka, professor of psychiatry and behavioral sciences at Stanford University in California. “My personal feeling is that there really may be a place in the drug armamentarium for MDMA” in treating autism. The drug boosts sociability in four mouse models of autism, he and his colleagues reported in 2021.

There is less preclinical evidence for classic psychedelics such as LSD and psilocybin, although their mechanism of action, too, suggests they hold potential. Unlike MDMA, which acts primarily on molecules that transport serotonin and other neurotransmitters, these drugs work largely by stimulating a specific serotonin receptor called 5-HT2A. Decades of research suggest that people with autism have lowered levels of serotonin in the brain, though the nature of the connection is poorly understood, says Gabriella Gobbi, professor of psychiatry at McGill University in Montreal, Canada.

To understand whether and how psychedelic compounds might be used to treat autism, researchers will have to delineate the underlying biology more carefully, Gobbi speculates, and pin down which of the many serotonin receptors are especially important to the condition. “We propose a revisitation of the serotonergic hypothesis of autism,” she says.

Much of the research on serotonin’s role in neuropsychiatric disorders focuses on the serotonin 2A receptor, Canal says. But his lab, which is exploring serotonin-based therapies for fragile X syndrome, a leading genetic cause of autism, is investigating other serotonin receptor subtypes as well. Their studies suggest that targeting other receptors, such as 5-HT1A and 5-HT1B, improves social behaviors, prevents sound-elicited seizures and lessens anxiety in mouse models.

Regardless of the target, some drug trials for autism-related conditions have likely faltered because of autism’s heterogeneity, and that issue may muddle studies of psychedelic for autism, too, Gobbi says. “It’s possible some autism syndromes are linked more specifically to the serotonin receptor, so maybe in some subtypes of autism, psychedelics could be good — but not in all.”

LSD signaling also activates the mTOR pathway, Gobbi and her colleagues reported last year. But because some genetic forms of autism, such as tuberous sclerosis, have disruptions in the mTOR pathway, LSD and other drugs that act on that pathway may not work in the same way in those people, she says.

Individual differences in people’s biological response to psychedelics may also be revealing, says Grainne McAlonan, professor of translational neuroscience at Kings College London in the United Kingdom. She and her colleagues are working to enroll 40 autistic people whose autism has no known genetic cause, plus 30 non-autistic people, for a study of how small doses of psilocybin — likely too small to induce psychoactive effects but not as small as the ‘microdoses’ touted by popular culture — affect brain circuitry and responses to sensory stimuli.

They also plan to track how these effects align with blood levels of serotonin, which previous work suggests is elevated in at least a quarter of autistic people. It’s likely, she says, that “different people have different underlying mechanisms” that contribute to their particular suite of autism traits. Looking closely at the underlying biology can begin to identify patterns in these drugs’ effects on those traits, she says. “Our hypothesis is that there is going to be a difference in response to psilocybin in people with and without autism.”

Many conceptual questions remain about how psychedelic compounds should be used in autistic people — and how they should be tested. For example, researchers are debating whether the psychedelic experience these compounds engender is central to their therapeutic value.

Also, most work on autism therapeutics focuses on children, but giving psychedelic drugs to children may not be ethically justified — at least, not if they are administered in doses high enough to cause a trip, as they have been in clinical trials for other conditions, such as PTSD and depression, Malenka says.

Similarly, current clinical trials involving psychedelic therapies for other conditions involve intensive psychotherapy before and along with the treatment so that a trained therapist can help participants find meaning in their experience. But that component could be challenging with an autistic person who is nonverbal or who struggles with communication, Malenka says.

Despite these complexities, several companies are beginning to explore the territory. For example, COMPASS Pathways, a London-based firm testing psychedelic therapies for several mental health conditions, funds McAlonan’s study. Nova Mentis, based in Canada, is seeking approval in that country to launch a clinical trial to test the therapeutic effects of repeated microdoses of psilocybin in people with fragile X syndrome. The U.S. Food and Drug administration granted the company ‘orphan drug’ status to pursue a psilocybin compound for fragile X in 2021.

Another company, MindMed, is beginning to investigate a molecule closely related to MDMA — one with psychoactive properties but less potential for misuse — for treating social anxiety in people with autism or other conditions. (Malenka chairs MindMed’s scientific advisory board.) And many more companies are actively exploring psychedelics for conditions that frequently co-occur in people with autism, such as anxiety and depression.

For autistic people to really benefit from psychedelics, researchers will need to look past the usual medical model of drug development, in which a pharmaceutical intervention targets specific features of autism, such as repetitive or social behaviors, McAlonan says. Orsini, for example, is collaborating with researchers at University College London to probe autistic people’s experiences with psychedelic drugs, using a questionnaire. He notes that psychedelics have benefited him in ways researchers might not traditionally think to measure, in terms of quality-of-life improvements rather than shifts in symptoms.

McAlonan puts it this way: “Who are we to say what is the target for an individual?”