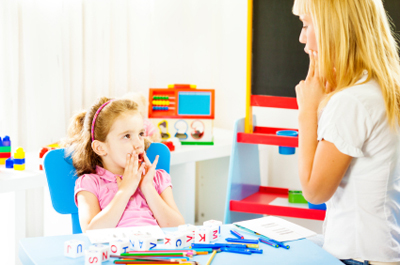 Simple subset: Researchers say it may be possible to rapidly identify autism in some children with the disorder.

Attempts to create shorter tests have so far been met with skepticism. Experts say brief questionnaires may miss certain groups, such as high-functioning individuals and young toddlers. Short tests may also have trouble distinguishing autism from other kinds of developmental delay.

Several groups of researchers are instead looking for ways to prioritize the assessment of children at risk for autism, quickly establishing a diagnosis when it’s clear-cut and referring more complex cases to specialists for in-depth evaluation.

These triage approaches make use of the rapid autism questionnaires that have proliferated in recent years, but also include a brief assessment by a clinician. This combination might make a full diagnostic workup unnecessary for some children, proponents say.

Up to 80 percent of verbal children with autism could be reliably diagnosed using a combination of information from parents and other caregivers, plus a brief clinical observation, estimates John Constantino, professor of psychiatry and pediatrics at Washington University in St. Louis. Constantino is developing one such algorithm for rapid diagnosis.

Researchers say they hope these tests will lower the average age for an autism diagnosis, allowing families to gain earlier access to therapies. “You have to have a categorical diagnosis in order to get the wheels turning for treatment,” says Constantino.

In the U.S., the average age of diagnosis is 4 years, even though the disorder can be accurately detected at 2. Families sometimes have to wait months for appointments at specialized autism clinics.

Still, some researchers say something is lost with short assessments.

Catherine Lord, who developed the ADOS and ADI-R, says detailed assessments are important not just for diagnosis, but also for recommending therapies.

“I don’t think there are super-fast ways to do this, particularly given the huge individual differences among kids, in a way that recognizes individual kids’ strengths and weaknesses,” says Lord, director of the Institute for Brain Development at New York-Presbyterian Hospital in New York City.

In a triage method under development by Dennis Wall, director of the Computational Biology Initiative at Harvard Medical School, parents answer seven questions about their child’s behavior and submit a five-minute video taken during a playdate, birthday party or other everyday social situation. Three trained evaluators score each video for eight behaviors, including eye contact and imaginative play.

“I think it’s very important to be thinking about combining information from multiple sources, particularly not just relying on parental report but being able to validate that report in some way,” says Zachary Warren, assistant professor of pediatrics at Vanderbilt University in Nashville, Tennessee, who is not involved in Wall’s efforts.

Wall argues that a video might even offer an advantage over existing gold-standard tools, in which clinicians observe the child in an office.

“A child in an artificial environment tends to do different things than the child does in his or her natural environment,” Wall says. “The natural setting can be very powerful for showing signs that can enable faster decision-making.”

To develop this system, Wall used an artificial intelligence approach called machine learning, which identified a subset of questions from the ADI-R and behaviors evaluated by the ADOS as being most crucial to producing an autism diagnosis.

Last year, Wall and his colleagues reported that the measure correctly identifies autism in those known to have the disorder more than 99 percent of the time1, 2. It also has a high specificity, meaning that it rarely flags children as having autism when they don’t.

However, these studies have primarily compared children in autism registries known to have the disorder with typically developing children. Wall is leading a clinical trial involving about 200 children, mostly under the age of 4, to test whether the approach can distinguish autism from other developmental delays. He says he hopes to have results by the end of the year.

Wall’s method yields a score that indicates how likely a child is to have autism, as well as how severe the child’s symptoms may be. “So it will give the clinician an immediate understanding of [whether it is] a fuzzy or a clear case,” Wall says.

It’s not yet clear how the measure would used in clinics, Wall says. One possibility is that, rather than replacing the ADOS and ADI-R, it would help specialists prioritize their waiting lists: It might be most important for them to see children who have the most severe symptoms first, for example, or the most ambiguous.

It is also possible that for those children who score as likely to have autism, only the brief assessment would be necessary. “You could argue that if you can get the diagnosis in five minutes with great confidence, you should do it in five minutes,” he says.

Constantino and his colleagues have developed a separate approach that also involves the combination of brief questionnaires and clinical judgment.

Constantino’s algorithm begins with brief autism checklists, including the Social Responsiveness Survey, which he co-developed, and the Social Communication Questionnaire. He advocates getting information from parents as well as from teachers or other caregivers.

If both groups rate a child’s symptoms as significant, “that gives you a very reasonable idea, a very reliable idea, that this child’s interpersonal functioning is abnormal,” he says3.

To test whether a brief clinical observation can reliably identify autism, Constantino and his colleagues first created 15-minute videos in which an evaluator engages each of 65 study participants in conversation, symbolic play and a sensory activity such as blowing bubbles.

A school psychologist and a clinical psychologist then assessed each video, using a checklist called the Childhood Autism Rating Scale-2 to score autism symptoms in the participants. Constantino and his colleagues found that each psychologist’s assessment agreed with that of the other, and also with the participants’ ADI-R scores4.

The psychologists also evaluated the videos for evidence of other conditions, such as attention deficit disorder and anxiety, which can also produce autism-like symptoms. (Constantino envisions that clinicians would observe children directly, rather than via video.) He says that nonverbal children, those with intellectual disability and those with additional developmental or psychiatric problems would be likely to need more in-depth assessment.

But if evidence of those other conditions isn’t present, “we think that probably you’re done,” he says. “You can make that [autism] diagnosis and move on.”

Constantino says he also believes that in these cases, the information clinicians glean from these tests is more than enough to recommend specific treatments.

Lord disagrees with this idea.

At the clinic Lord heads, for example, a diagnostic assessment includes not just the ADOS and ADI-R but cognitive testing, assessment of everyday functioning and in-depth discussions with parents and teachers about the child’s symptoms. “For making reasonable [treatment] recommendations, you need to know a lot more than the diagnosis,” she says.

Still, Lord says, rapid autism diagnosis would help standardize what is currently a haphazard process. Because the ADOS and ADI-R require time and money, most clinicians rely on a combination of other tests and their own impressions of a child’s behavior to diagnose autism. “The reality is there’s a huge range of what clinicians actually do,” says Lord.