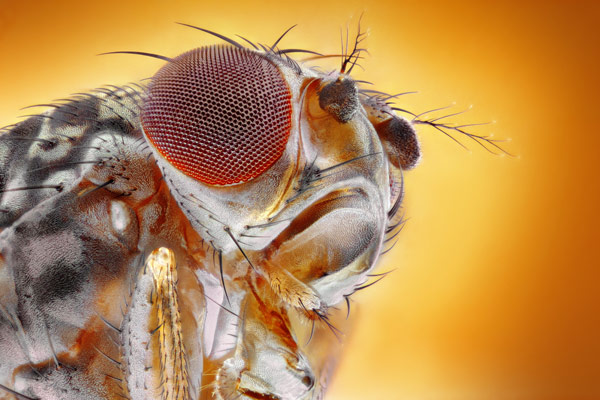 Blocking an enzyme involved in learning and memory corrects brain abnormalities and improves memory in fruit fly and mouse models of fragile X syndrome. The work was published 7 January in The Journal of Neuroscience1.

“The results are exciting because they identify a therapeutic target to try more extensively in the mouse model and to advance in clinical trials,” says Thomas Jongens, associate professor of genetics at the University of Pennsylvania in Philadelphia, and a lead researcher on the study.

Some compounds that inhibit the enzyme are already approved by the U.S. Food and Drug Administration and others are in clinical development, says Sean McBride, a postdoctoral fellow in psychiatry at the University of Pennsylvania who initiated the research.

The discovery comes after a disappointing period for fragile X therapies. Pharmaceutical companies Novartis and Roche halted development last year of two drugs that block mGluR5, a receptor for the neurotransmitter glutamate. Excitatory signaling via the receptor is believed to be overactive in fragile X syndrome.

“There is a need for new therapeutic targets after the demise of the mGluR5 antagonists,” says Mark Gurney, chief executive officer of Tetra Discovery Partners in Grand Rapids, Michigan, a company developing inhibitors of the enzyme.

The enzyme, called phosphodiesterase-4 (PDE-4), breaks down a signaling molecule involved in learning and memory called cyclic AMP, which is present at dampened levels in people with fragile X syndrome. This may be because overactive excitatory signaling in fragile X lowers cyclic AMP levels. Inhibiting PDE-4 should slow the breakdown of cyclic AMP, boosting its level in the brain.

Jongens and his team blocked PDE-4 in fruit flies and mice missing functional FMR1, the gene mutated in fragile X syndrome. Both models have memory deficits reminiscent of those seen in people with the disorder.

The researchers tested two PDE-4 inhibitors: rolipram and Ro-20-1724. They also assessed the effects of mutating the PDE-4 gene.

“It’s exciting,” says Jennifer Darnell, research associate professor of molecular neuro-oncology at Rockefeller University in New York City. Darnell identified PDE-4 as a target of the protein encoded by FMR1 in a 2011 paper but was not involved in the current work2. “I really like the fact that they used two different models of fragile X syndrome.”

Fragile X syndrome is a leading cause of inherited intellectual disability and autism.

The fruit fly model of fragile X syndrome recapitulates some of the cognitive problems seen in people with the disorder. Flies lacking FMR1 struggle to remember the association between an odor and an electrical shock, and male flies tend to forget being rejected by a female during courtship.

The flies also have reduced brain levels of cyclic AMP and abnormal  ‘mushroom bodies’ — pairs of multi-lobed brain structures similar to the human hippocampus, which are involved in memory. Lobes from each mushroom body typically reside on one side of the fly brain, but they cross over the midline in the fly model of fragile X syndrome.

Rolipram has no effect on the flies’ mushroom bodies except at a dose 10 times higher than needed for the effect on memory. This suggests that correcting the shape of the mushroom bodies is not necessary to improve memory. The treatment also reverses social deficits in the flies, but those data are not yet published.

Jongens and his team also tested rolipram in mice missing FMR1. These mice have memory deficits that are difficult to assess with behavioral tests. The researchers instead focused on a specific process involved in memory called long-term depression. This is a temporary weakening of the connection between two neurons after neuronal firing and is exaggerated in the mouse model of fragile X syndrome.

Feeding the mice rolipram for eight weeks normalizes long-term depression in mouse brains analyzed three to five months later. But it is unclear whether this translates into improvements in memory. The researchers are also testing the drug’s effects on social deficits in the mice.

“We really need to wait for behavioral studies that test the efficacy of the drug in mice,” says Alcino Silva, professor of neurobiology, psychiatry and psychology at the University of California, Los Angeles, who was not involved in the study.

Rolipram is not approved by the Food and Drug Administration, in part because it induces vomiting. But the agency has approved other PDE-4 inhibitors for psoriatic arthritis and chronic obstructive pulmonary disorder. Researchers at Tetra Discovery Partners plan to begin a clinical trial of an inhibitor of a PDE-4 subtype for Alzheimer’s disease later this year.

In the meantime, Jongens says his team is exploring how decreased cyclic AMP levels contribute to impairments in autism mouse models. “Our hope is that PDE-4 inhibitors will have a broader application in autism than just fragile X.”