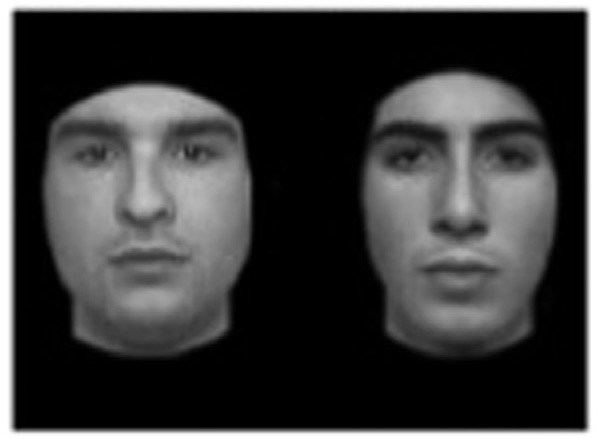 Spot check: The test asks children to memorize faces and then pick them out from pairs of images.

An adaptation of an adult face recognition test for children will make it easier to chart the development of children’s abilities. The new test is described in a study published 20 July in Neuropsychologia1.

People with autism often have trouble recognizing faces, and tend to avoid looking at others’ eyes. These deficits may contribute to their difficulty picking up on social cues.

Many existing tests to measure children’s facial recognition skills have shortcomings.For instance, some include images of people with hair, which may be more distinctive and recognizable than their facial features. Or they ask the children to find matching faces in a set of images rather than picking a face out from memory.

To create a better test, the researchers adapted the Cambridge Face Memory Test, typically used in adults, for children between ages 5 and 12.

The adult version asks participants to memorize hairless, disembodied faces of young white men and then pick out the faces from groups of unfamiliar faces. They view the faces from multiple angles and in different lighting conditions, and finally have to identify versions of the images manipulated to look blurred and unclear.

For the adaptation, the researchers asked 282 British children to memorize fewer faces than adults have to,gave them more time for memorization and hadthem pick out their target face from fewer unfamiliar faces.They also added encouraging sentences such as “Keep up the good work!” to the test.

The children performed better on the test the older they were, but the youngest children did not struggle too much and the oldest did not find it too easy.

In another round of the test, 44 children with autism performed worse than did 44 controls.The more severe the children’s autism, the worse they performed on the test.

Overall, the researchers say, the results suggest that the test could chart progress in children with autism as they learn facial recognition skills.