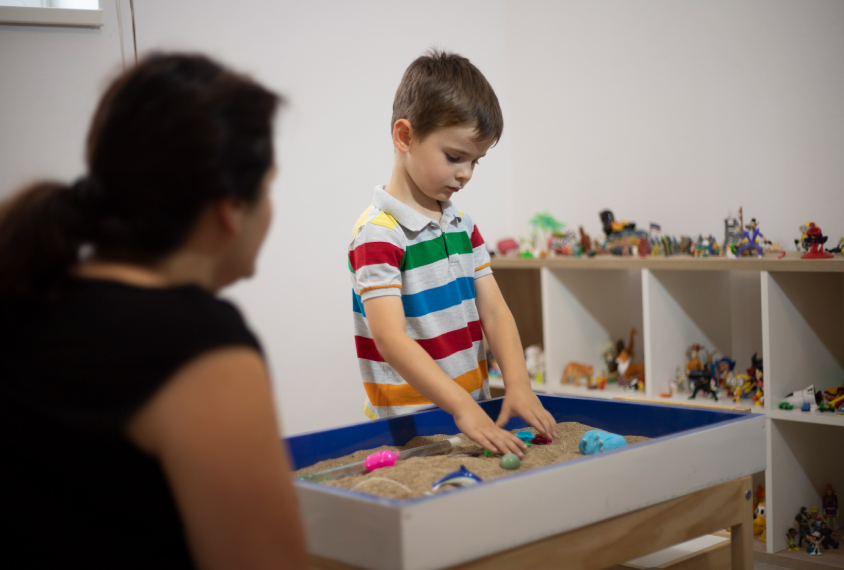 Verbal vulnerabilities: Autistic children may have greater difficulties with grammar and making conversation than their non-autistic peers do.

An interactive assessment called the Observation of Spontaneous Expressive Language (OSEL) offers clinicians and researchers a new way to evaluate an autistic child’s use of language in everyday social situations.

Researchers and clinicians typically appraise a child’s verbal skills using standardized language tests, which often include questions with predetermined answers. Most of these tools capture a child’s verbal knowledge but not their spontaneous use of language in daily life, says lead investigator So Hyun “Sophy” Kim, assistant professor of psychology in clinical psychiatry at Weill Cornell Medicine in New York City.

Many children with autism perform well on the standardized language tests but struggle to use language in a social and functional way, Kim adds. So she and her colleagues developed the OSEL, which uses play-based scenarios to encourage a child to converse naturally. It takes 30 to 45 minutes to complete and is designed for children aged 2 to 12 with autism or communication disorders.

During an exam, a licensed clinical psychologist, speech-language pathologist or trained examiner leads the child through eight activities, including assembling toy figurines, finding hidden objects and pretending to take a camping trip. As the child plays, the examiner tracks how the child speaks, responds to questions and comments, and maintains a conversation.

The examiner also rates the child’s ability to abide by the rules of grammar and syntax, as well as her semantic and pragmatic skills, or how well she grasps the meanings of words and gestures. Higher scores in the syntax category indicate less language impairment, whereas higher scores in semantic and pragmatic skills category indicate more language impairments.

Using standardized tests in combination with the OSEL can provide a comprehensive look at autistic children’s strengths and weaknesses in spontaneous language, the researchers say.

Overall, autistic children had more trouble following grammar rules than did their non-autistic peers. They also showed greater difficulties with pragmatic and semantic skills, such as having conversations and synthesizing different parts of a story. Compared with other standardized tests, the OSEL detects more problems with spontaneous language, the study found.

The researchers retested eight of the children an average of 20 months later and found that all of them showed improvements in certain language skills, suggesting that the OSEL might be sensitive enough to detect changes in language skills over time.

Kim and her team plan to test whether the OSEL can measure skill changes in autistic children as they grow or in response to treatment. They also plan to test the OSEL in children with other conditions that can affect language abilities.