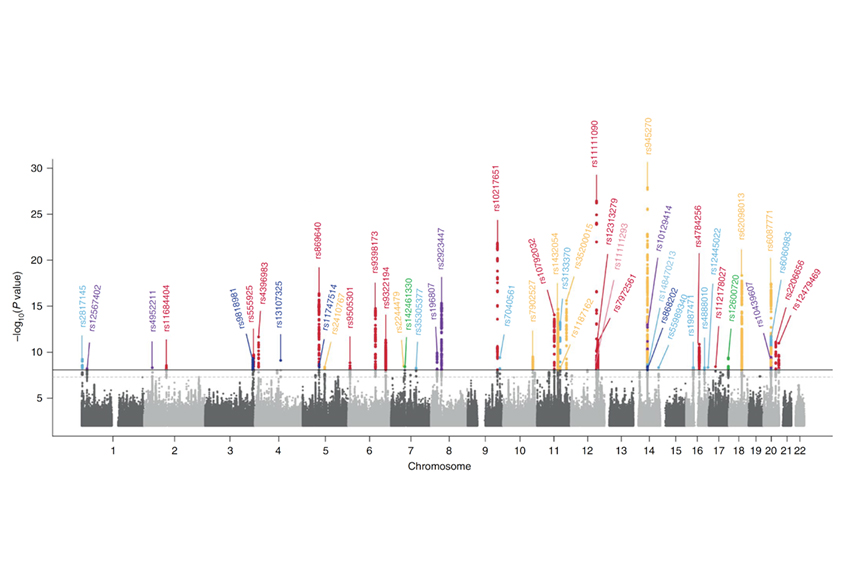 Size matters: A panel of genetic variants may control the volume of specific brain structures.

A new analysis of nearly 40,000 people pinpoints 48 genetic variants that may determine the volume of certain brain areas1. The findings could help reveal the genetic roots of brain conditions such as autism.

Brain areas that lie beneath the cerebral cortex are involved in a variety of processes, from learning and language to motivation and emotion. Autism traits such as repetitive behaviors, language delay and anxiety are tied to differences in the volumes of these regions.

The new study pooled information for 37,741 individuals of European ancestry from three large datasets — the UK Biobank, ENIGMA and CHARGE — plus 1,110 individuals from databases of African-American and Asian people. The researchers compared the brain and sequence data to find variants associated with the volumes of seven structures — the nucleus accumbens, amygdala, caudate nucleus, putamen, globus pallidus, thalamus and brain stem.

Of the 48 variants they found, 40 are newly associated with brain volume. These variants are located within or control the expression of any of 199 genes. Many of the genes are involved in brain development, neuronal signaling or programmed cell death; some are linked to brain conditions such as schizophrenia, Alzheimer’s disease and autism.

The team mapped the genes to their fruit fly counterparts. About a quarter of the genes are involved in the fly nervous system and many cause defects when altered. The results appeared in November in Nature Genetics.