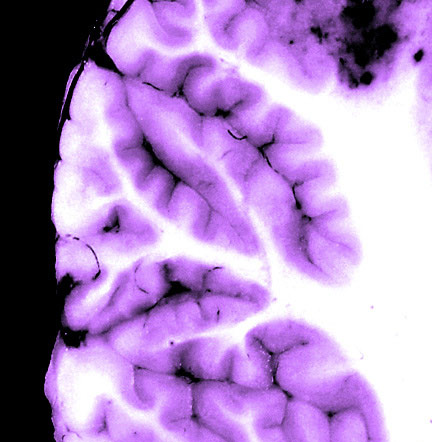 Time span: A study of 108 postmortem brains suggests that methylation patterns in the brain are distinct at different ages.

Time span: A study of 108 postmortem brains suggests that methylation patterns in the brain are distinct at different ages.

Researchers have mapped patterns of DNA methylation — a chemical alteration to DNA that modifies gene expression — in the planning center of the brain from before birth to old age. The results were published 10 February in The American Journal of Human Genetics,1 and are also available in a searchable online database.

The results show that several genes switch their methylation status as the brain matures. These include the autism-associated gene neurexin-1, which functions at synapses, the junctions between neurons, and a number of genes that have been linked to schizophrenia. Altered methylation during crucial developmental stages could contribute to neurological disorders, the researchers say.

DNA methylation is one form of epigenetic regulation, which influences gene expression without changing the DNA sequence. Epigenetic modifications can be inherited, but also vary over an individual’s lifespan, often in response to experience.

In the new study, researchers examined DNA methylation patterns in 108 postmortem brains ranging in age from fetal week 14 to more than 80 years. They analyzed more than 27,000 sites that are prone to methylation in the regulatory regions of about 14,500 genes in the prefrontal cortex, a brain region important for thinking, planning and social behavior.

The brains of fetuses, young children and individuals older than 10 years of age each have a distinct pattern of methylation, the study found. Fetal brains also show the greatest change over time, with the methylation marks varying at a rate of 80 percent per year in fetal tissue. However, these changes take place at fewer sites than those seen in the brains of young children and individuals older than 10 years: 865 sites compared with 5,506 and 10,578, respectively.

A number of these sites switch methylation states as brains mature from the fetal stage into childhood, with the majority gaining a new methyl mark, the study found.

Using the online database, researchers can track the epigenetic modifications that underlie brain development, which may be faulty in developmental disorders such as autism.