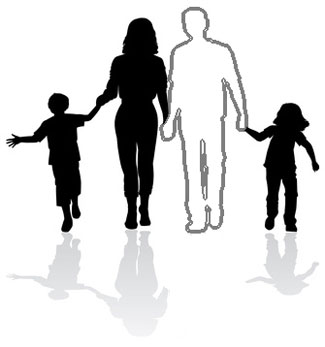 Unusual inheritance: Researchers can use DNA variants that differ between the paternal and the maternal genes to identify sites of imprinting.

Researchers have used stem cells to identify 801 neuronal genes that are preferentially expressed from either the maternal or paternal chromosome, according to a study published 30 August in PLoS One1. Of these genes, 26 are linked to autism and 48 to schizophrenia.

The list may help researchers trace the complex link between a genetic mutation and symptoms of a disorder. For example, even in identical twins, one sibling may have autism whereas the other is unaffected.

Imprinting is a process that silences either the maternal or paternal gene copy, leaving only the other one to be expressed. For example, the autism-linked disorder Angelman syndrome is caused by mutations in the maternal copy of UBE3A. The paternal copy of the gene is silenced.

A 2010 study found that autism-linked genetic variants on chromosomes 4, 15 and 20 are more likely to be inherited from the father than the mother, suggesting imprinting. And another study published that year identified 824 imprinted genes, including several autism candidates, in mouse brains.

In the new study, researchers sequenced the genetic messages that code for protein in stem cells as they develop into neurons. They traced parental lineage by looking at more than 250,000 sites in the genome in which a single DNA base pair, or single nucleotide polymorphism (SNP), differs between paternal chromosomes and maternal ones.

The autism candidate genes RBFOX1, NLGN4X and CNTNAP2 have more than one imprinted SNP each, the study found. The researchers also identified a single imprinted SNP for NRXN1 and DISC1.

What’s more, 42 genes, including RBFOX1, switch expression from one parent to the other as stem cells become neurons, suggesting that their expression is important for neuronal differentiation.

Drugs that alter imprinting may target a whole family of autism genes at once, the researchers say. This approach has already identified a promising drug for Angelman syndrome, which reactivates the paternal copy of UBE3A.