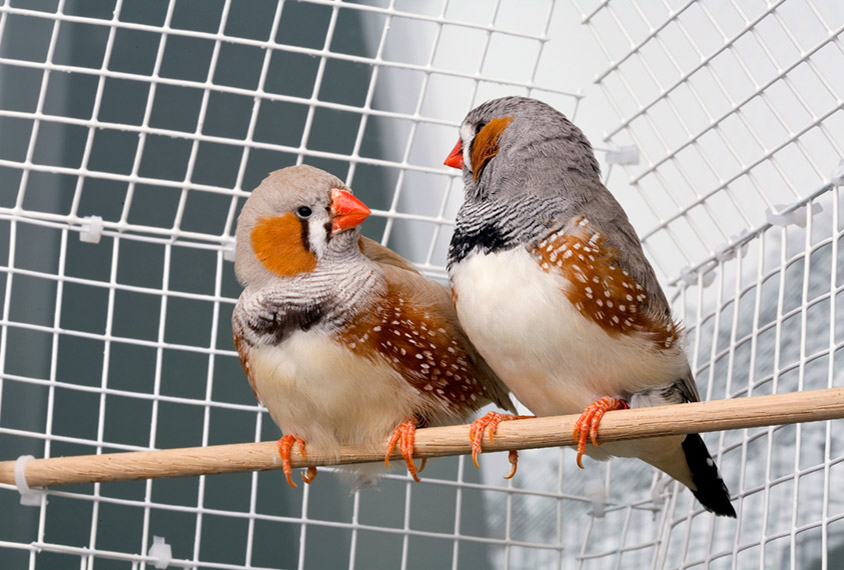 I hear you: Young zebra finches learn the songs of their species by imitating adults.

Certain neurons in the brains of finches are tuned to the songs the birds hear early in life rather than being hardwired to respond to specific sounds, a new study shows1.

The findings support the view that song learning in birds is a good model for language learning in children, including those with autism.

Young songbirds learn to sing by listening to and imitating adults — in the same way that children learn to speak. In the new study, researchers transferred eggs or hatchlings of two bird species — zebra finches and long-tailed finches — to foster parents of either their own or a third species: Bengalese finches. The three species are closely related but sing different songs.

When these fostered birds become adults, neurons in deep layers of the auditory cortex are more sensitive to Bengalese finch songs than to songs of their own species. The same neurons also respond to computer-generated sounds with acoustic characteristics similar to those of the Bengalese finch songs.

The results suggest that birds’ sensitivity to the characteristic songs of their parents is not innate, but rather a product of learning.

Babies similarly are born with the ability to acquire any language. But over the first year of life, babies’ brains tune in to the sounds of the languages their caregivers speak.

The study offers hints about the mechanisms involved in human language acquisition — processes that may go awry in autism. The results appeared in September in Nature Neuroscience.