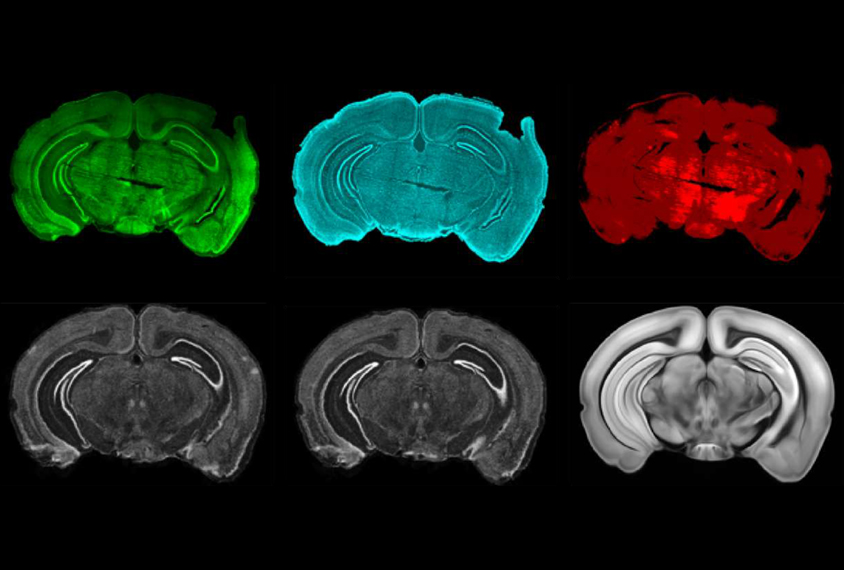 A computer program automatically aligns mouse brain images with a reference brain atlas and thereby maps individual neurons stained in the images1. First released in 2018, the tool helps researchers analyze neurons and their connections in a standardized way. It was described in May in Cell Reports.

Scientists generally chart neurons by labeling cells and tracing their projections through successive images of brain slices. To decipher a neuron’s location, they need to visually match a brain slice image to a similar picture in a 2D reference atlas.

That approach, however, is highly subjective and prone to error. Reference atlases usually depict the brain in cross sections from front to back, like slices from a loaf of bread, or from left to right. But in the lab, scientists might inadvertently slice brain tissue at a slight angle, so that the borders of brain regions differ from those in an atlas. Mouse brains also vary in shape and size, making images from different animals difficult to compare.

By contrast, the software automatically detects an image’s precise location and slicing angle within a 3D reference atlas, the Allen Mouse Brain Common Coordinate Framework. It allows researchers to pinpoint the brain regions in which individual neurons are found. The tool also reconstructs traced neurons within the 3D reference atlas so that scientists can combine and contrast data obtained from different mice.

The software also accurately detected a slice’s location: Errors in position from front to back were less than 50 microns off, and errors in slicing angle were off by less than 1 degree. In one test run, the team achieved this level of accuracy using only two slices from different locations in the brain, suggesting that the software works well even when few images are available.

The tool may help shed light on the organization of neural circuits, including those involved in autism, the researchers say. The code for the software is freely available online.