Screening tools for autism translated for use in India 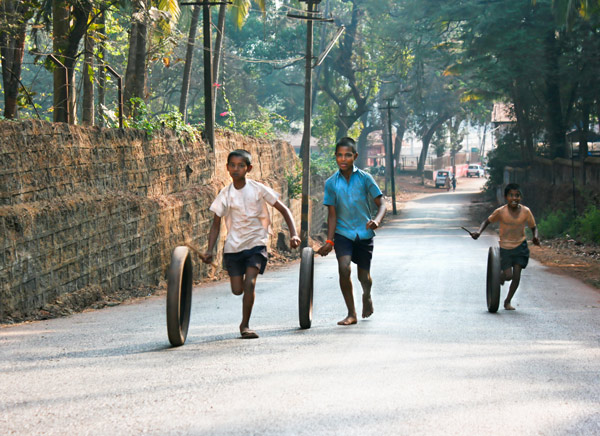 Aleksandar Todorovic/Shutterstock.com Unnoticed autism: Indian children with autism are sometimes misdiagnosed as having other developmental or mental disorders.

Standard screening tools translated into Hindi and Bengali reliably distinguish Indian children with autism from their unaffected peers. The translated tools, described 2 October in Autism Research1, will help scientists study autism in India, Bangladesh and even Pakistan, where the widely spoken Urdu is similar to Hindi.

Clinicians in India, particularly those in rural areas, have little experience with autism screening and diagnosis. They also lack standardized assessments in their native languages. As a result, people with autism tend to be diagnosed later in life than in the U.S. or misdiagnosed with another disorder.

For the latest project, researchers translated the Autism Diagnostic Observation Schedule (ADOS), which is led by clinicians, and the Social Communication Questionnaire (SCQ), a parent questionnaire often used to confirm autism diagnosis. They also translated two parent questionnaires that flag children for further evaluation: the Social Communication Disorder Checklist (SCDC) and the child version of the Autism Spectrum Quotient (AQ-C).

The researchers enlisted the help of bilingual translators in Kolkata and Delhi who also adjusted cultural references in the tests. For instance, Indian children with autism may become fascinated with electrical wires hanging down in the street instead of fixating on timetables or traffic lights as American children do.

The researchers tested their Hindi and Bengali translations on a combined 168 children with autism and 192 controls.

The SCQ translations, in contrast, did not identify any controls as meeting the cutoff for autism.But they missed up to 27 percent of autism cases. The researchers also tested two modules of the translated ADOS, which correctly distinguished between children with autism and controls in all cases.

The researchers have since used translated versions of the SCDC, AQ-C and SCQ to evaluate more than 10,000 children for autism. Their results will provide a preliminary estimate of the prevalence of autism in one Indian city.