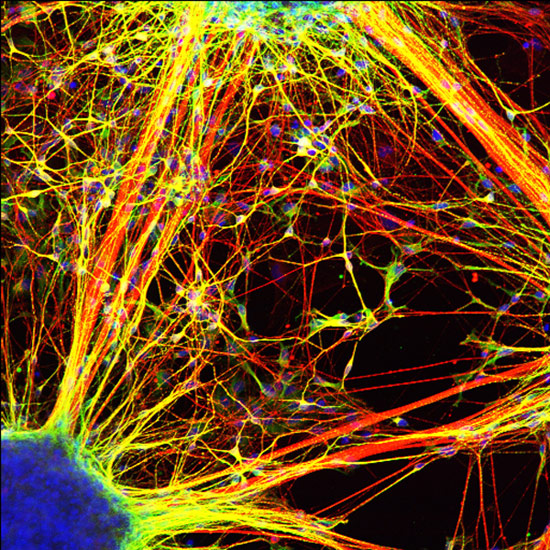 Human skin cells can be converted directly into functional neurons, bypassing a reprogramming step that is part of the typical procedure, according to a study published 26 May in Nature1.

In the past few years, several labs have perfected transforming human skin cells into neurons. The goal is to allow researchers to study neurons derived from the cells of people with neurological disorders, such as autism or schizophrenia.

The traditional technique first returns skin cells to an embryonic state, where they have the potential to become any type of cell in the body. The cells are then induced to express certain proteins at key times, turning them into neurons.

Some teams instead use stem cells derived from human embryos, which are naturally pluripotent. Others study neurons taken from postmortem brain tissue.

Each of these techniques has its own set of challenges. Embryonic stem cells and postmortem brain tissue are limited resources, and it can take up to two months to return skin cells to pluripotency.

Last year, researchers identified three proteins that can transform mouse skin cells into functional neurons in just two weeks, skipping the reversion to an embryonic state2. In the new study, the same team extended this technique to human skin cells.

The same three proteins also induce human embryonic stem cells to become functional neurons, the researchers found. But a fourth protein, identified from a pool of 20 possibilities, is required to turn the skin cells into neurons.

After two weeks, human skin cells expressing the four factors look like neurons, with long projecting axons. After another two to three weeks, these cells are capable of firing the electrical signals indicative of neuronal function and can make synapses, or junctions, with other neurons.