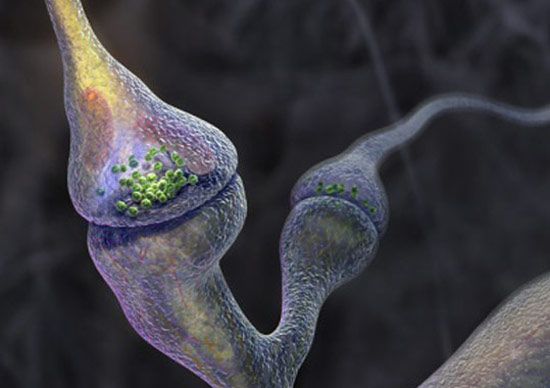 Dense directors: A complex located at the junctions between neurons contains proteins linked to autism.

Researchers have identified nearly 1,500 proteins present in the postsynaptic density — a complex collection of proteins that enables quick and flexible signaling across the brain. The results were published 14 January in Nature Neuroscience.

The brain relays information by transmitting it between neurons across junctions called synapses. Because each neuron connects to as many as a thousand others, the process needs to be tightly regulated to ensure its speed and efficiency.

The postsynaptic density, or PSD, is an organized collection of proteins near the tip of a neuron and is believed to regulate one mechanism by which the brain changes in response to learning and memory.

Several studies in the past year have linked PSD genes to autism, including CNTNAP2 and SHANK3. These results suggest that improper functioning at the synapse is an important contributor in autism and may provide targets for therapeutics.

In the new study, researchers extracted the entire PSD from brain tissue biopsies of nine adults and identified 1,461 individual proteins, including 748 proteins common to all of the samples. These results are available in an online database.

Comparing the genes for these proteins with known disease-associated mutations, the study found that mutations in 199 PSD genes may be responsible for 269 human diseases.

Mutations in the PSD genes are more likely than those elsewhere in the brain to lead to core neurological deficits, such as intellectual disability, problems with learning and memory, and drug addiction, according to the study.