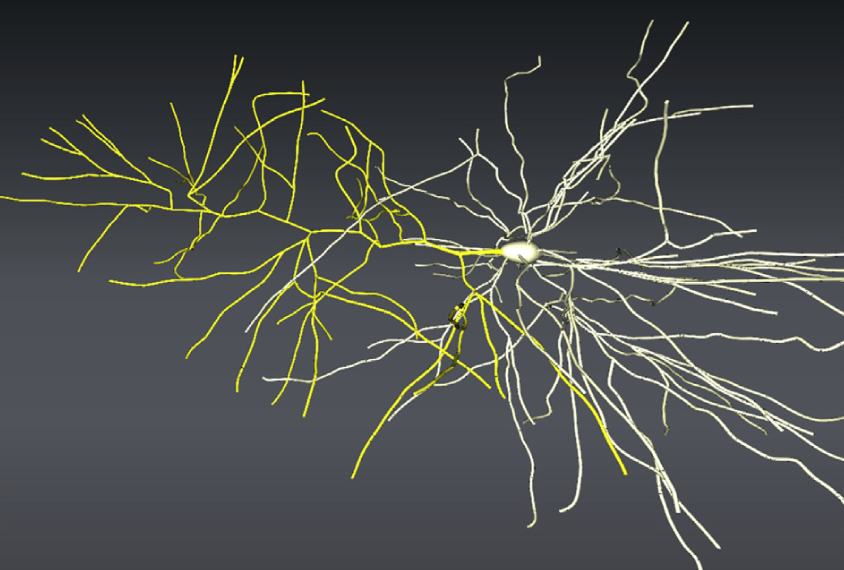 A browser-based platform simulates functional neuronal circuits in brain regions of humans, mice, squid, lobsters and roundworms1. It enables scientists to see and study these circuits and could help reveal how the human brain is altered in people with autism.

With the new Open Source Brain, researchers can adapt and explore models of single neurons or networks of thousands of cells. They can test hypotheses about the brain without needing to gather and analyze their own data.

The resource contains a collection of information from other databases of brain cells and networks, as well as simulation tools. It converts all this to a standard format and presents the data in a single interface that is easy to navigate.

Its human brain models cover circuits and cells in the neocortex, a region governing sensory perception, conscious thought and language; the cerebellum, which coordinates movement; the hippocampus, a memory hub; and the olfactory bulb, which processes odors.

Scientists can run these and other models or combine them. The browser’s own servers can handle simple simulations of small numbers of cells. Large simulations of complex brain networks are sent to the San Diego Supercomputer Center, which returns the data for scientists to analyze and visualize.

Users with programming skills can help expand the resource by converting existing models into the Open Source Brain format. Over time, the number of species and brain regions it includes is likely to grow, researchers reported in June in Neuron.