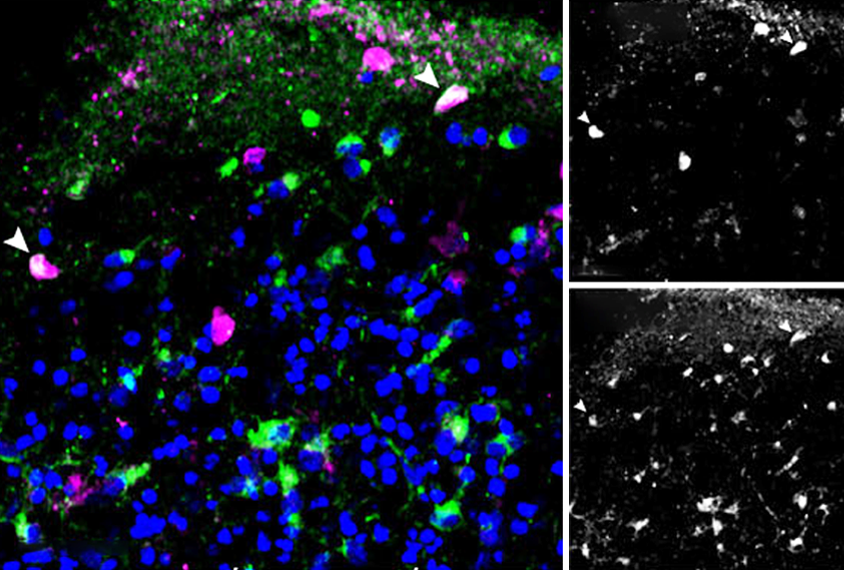 Brain organoids grown from a single neural rosette — a flower-shaped clump of stem cells that recapitulates the neural tube — organize more predictably and reproducibly than those grown from multiple rosettes, according to a new study. Such organoids also model certain aspects of early brain development more faithfully, the study shows.

“It’s an exciting technique that people can consider utilizing in their lab,” says Tomasz Nowakowski, assistant professor of neurological surgery at the University of California, San Francisco, who was not involved in the work. “We desperately need more new models in our toolbox.”

Human brain organoids grown from induced pluripotent stem cells were first described in 2013, and since then researchers have typically grown them from multiple rosettes — even though the developing embryonic brain arises from a single neural tube. These organoids can grow an unpredictable array of cell types, including some that express markers not seen in the brain, says Alex Shcheglovitov, lead investigator of the new study and assistant professor of neurobiology at the University of Utah in Salt Lake City. They can also contain disorganized sections of cells.

“We were wondering if we can do anything to maybe improve on the system and build something that has more predictable organization,” he says.

RNA analysis revealed that the progenitor cells differentiate into inhibitory or excitatory neurons based on gene-expression changes associated with the cell signaling pathways Wnt or BMP, respectively. Alterations to the Wnt pathway, which regulates cell development, have been linked to autism and cancer.

Some of the organoids’ inhibitory cells express genetic markers similar to those found in the developing fetal striatum, cerebral cortex and olfactory bulb, an analysis of gene-expression patterns showed. The similarity suggests that single neural rosettes yield organoids with multiple cell types that represent multiple areas of the developing human brain.

This comparison strengthens the findings, Nowakowski says, because benchmarking organoids against developing brain tissue is crucial for ensuring their reliability as models.

After five months, the organoids had developed multiple non-neuronal cell types, including radial glia and astrocytes. Such cell types increase the maturation and synchronization of neurons in organoids, recent work from Nowakowski’s team has shown.

The team also developed organoids with only half the typical level of the protein SHANK3, which is linked to autism and Phelan-McDermid syndrome. Compared with control organoids, the SHANK3 variety were smaller, had fewer neurons and excitatory synapses, and were deficient in clustered protocadherins, molecules that help control neuron and synapse development.

“We know that clustered protocadherins are important regulators of morphogenesis; they are potent regulators of neuronal connectivity,” Shcheglovitov says, and these results suggest that lowered expression of SHANK3 could somehow impair protocadherin expression. The new work was published in October in Nature Communications.

Organoids have emerged as an increasingly popular tool for modeling the developing brain, but their usefulness is sometimes limited by their simplicity — they tend to contain few different cell types.

This new technique for growing organoids is one of a few possible ways to more faithfully model the complexity of the developing brain when starting from stem cells, Nowakowski says. “The investigators have come up with one solution that seems to enable these brain regions to emerge within the same brain organoids, which I think is elegant and very useful, especially if you are thinking about modeling some of those very, very early stages of brain development.”

This procedure is not without challenges, Shcheglovitov says. Isolating a single neural rosette from a cluster can be difficult, and not all rosettes are the same; to produce a crop of similar organoids requires creating many extras.

Shcheglovitov and his team are using their organoids to investigate how SHANK3 regulates protocadherins. They are also investigating the interaction between cortical and striatal cells in the organoids — when they form, how different cells inform those connections and whether those connections can be affected by applying electrical currents to them.