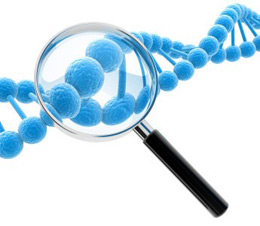 New mistakes: Rapid population growth increases the risk of harmful mutations, which then remain in the population for hundreds of years before being weeded out.

Of the thousands of DNA variants linked to autism, those that evolved laterare the most likely to be harmful, according to a study published 28 November in Nature1.

As costs continue to drop, researchers are sequencing the genomes of increasing numbers of people with autism and identifying hundreds of autism-linked variants. Prioritizing which of these are most likely to be harmful remains a challenge.

Researchers generally consider mutations that affect a protein’s structure to be harmful. But even these may not have a significant impact on the protein’s function.

In the new study, researchers sequenced 15,336 genes in 6,515 people of either European-American or African-American descent and looked at more than a million individual DNA variants. They show that about 86 percent of harmful mutations appeared in the past 5,000 years.

Variants predicted to alter proteins are up to eight times more recent than those that do not, the study found. Those that lead to a different type of amino acid — for example, a negatively charged amino acid rather than a positively charged one — tend to be young, meaning that they appeared more recently.

This is because over time, disease-causing mutations tend to be weeded out of the population, the researchers say.

Rare variants — which may be more common than ever because of the population explosion over the past decades — are likely to play significant roles in disease, the researchers note.