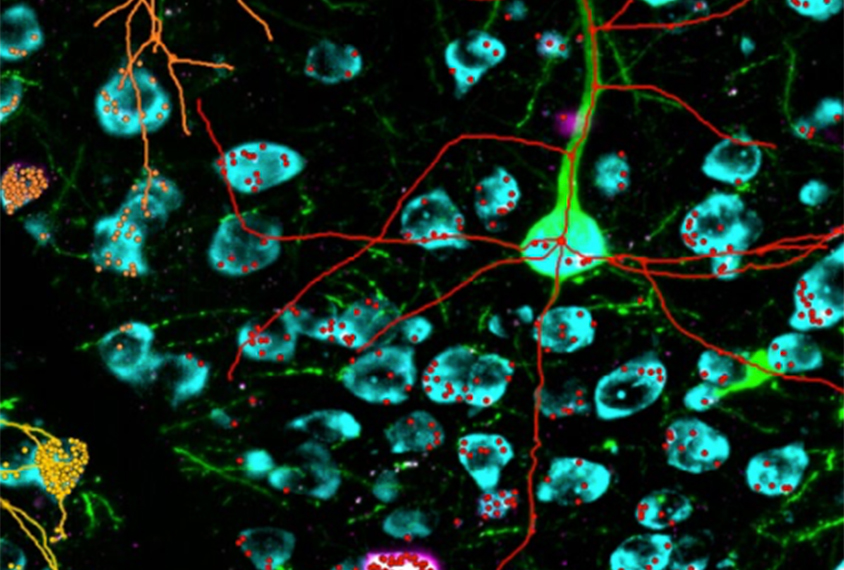 Many digital neuroscience tools are designed for specialized uses, which can make it tedious to, for example, trace neurons — reconstructing the cell’s web of branching axons and dendrites — using a computer.

A new unified toolbox called SNT aims to consolidate a variety of common tasks by way of a graphical user interface. SNT, described in Nature Methods in April, makes it easier not only to trace neurons, but also to model, analyze and visualize them in 3D.

The resource is built around ImageJ, a Java-based image processing program developed by the U.S. National Institutes of Health. “This [feature of SNT] has allowed other scientists to quantify neuron-glia interactions, the role of inflammation in neurodevelopment and neuro-regeneration,” says Tiago Ferreira, SNT’s lead developer and a research specialist at the Howard Hughes Medical Institute’s Janelia Research Campus in Ashburn, Virginia.

SNT evolved from a software package called Simple Neurite Tracer. After its original creator stopped maintaining it, Ferreira took over its development and merged it with tools he’d made for his own research — resulting in the new toolbox with a larger scope and an abbreviated name. 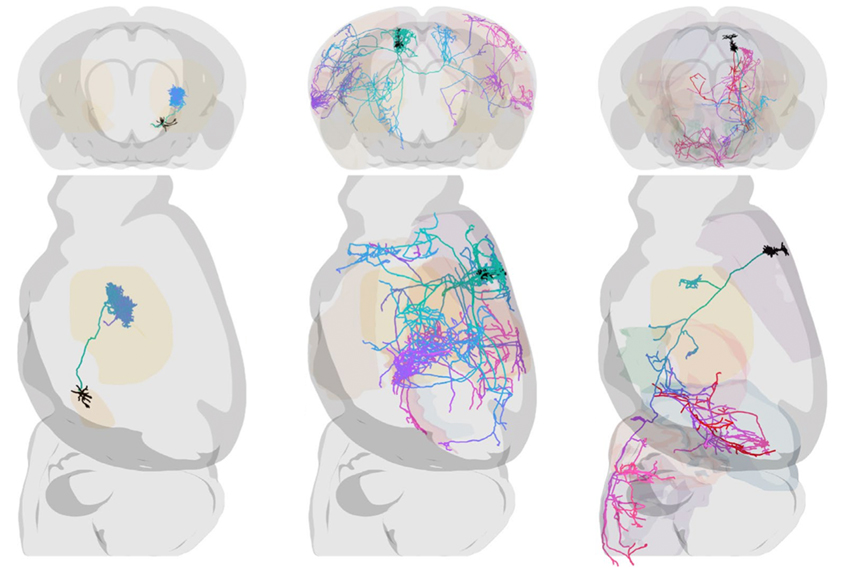 Mind map: Few neurons in the mouse brain connect to only one region, the team found using SNT.

SNT serves two main types of users, Ferreira says. Researchers who work in cellular neuroscience use it to sift through hundreds of microscope images, reconstruct neuron structures and analyze them. Scientists interested in connectomics, or how neurons link up between different parts of the brain, also use it to pore through terabytes of data from past science projects.

“These labs take advantage of the fact that SNT can be scripted using several languages and can access several data repositories,” Ferreira says.

SNT is linked to a handful of databases, including InsectBrain, FlyCircuit, Virtual Fly Brain and NeuroMorpho. Ferreira and his colleagues test-drove SNT by delving into another linked database: MouseLight, a repository of mouse brain structures also developed at Janelia Research Campus.

“One thing we did to showcase the utility of having such a tool,” Ferreira says, “is that we tried to ask unbiased questions that … you cannot really do by looking at the cells on the website of MouseLight.”

In particular, the team wanted to pinpoint how many brain areas a given neuron connects to, on average, across the mouse brain. They used SNT to find the distribution of connections, which revealed that few neurons connect to only one region. “We all had underestimated … the influence a single neuron can have across multiple brain areas,” Ferreira says.

SNT is still under development and comes with limitations. It isn’t optimized for supercomputers just yet, for instance, although it can be used as an ad-hoc scripting library — enabling some of its functions to run in environments that lack an interface, such as high-performance university computer clusters.

For now, SNT can trace neurons semi-automatically, but its developers are working on training neural networks to fully automate the process, Ferreira says.