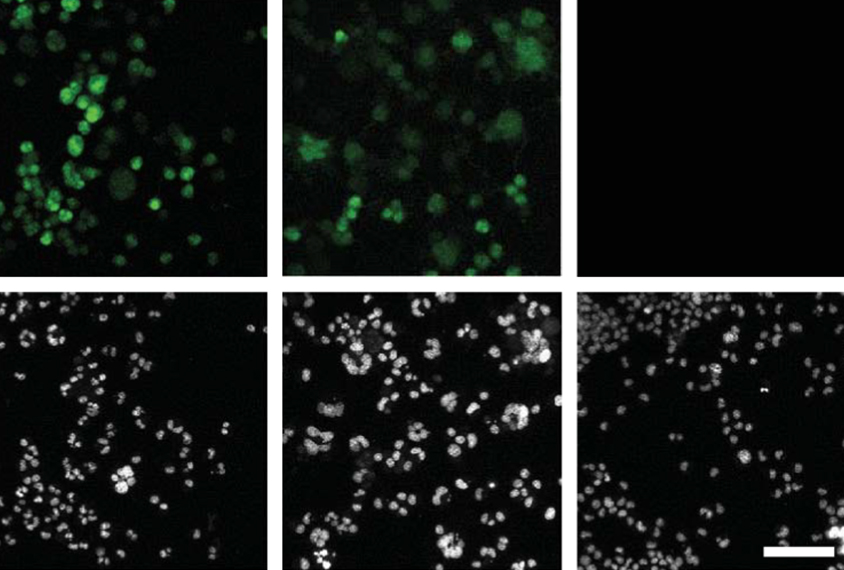 A new gene delivery system taps a protein found in people to encapsulate messenger RNA (mRNA), the intermediary between genes and proteins, and transport it into cells. The technique may help researchers ferry gene therapies or the gene editor CRISPR into tissues throughout the body.

“We’ve been working on gene therapy and gene editing for a long time now, and the tools are getting to be pretty good,” says Feng Zhang, professor of neuroscience at the Massachusetts Institute of Technology, who led the work. Researchers have only been able to get CRISPR into cells in some parts of the body, however, limiting the diseases they can target.

Empty viral shells often deliver genes used in research and in therapies. But these viral vectors can trigger immune reactions, and they carry genes only up to a certain size, which makes sequences that encode large enzymes — such as Cas9, the main DNA-cutting protein CRISPR uses — difficult to transport.

The new method, called Selective Endogenous eNcapsidation for cellular Delivery, or SEND, harnesses a human protein that ordinarily carries mRNA within a protective capsule, similar to a virus. Because the protein is naturally found in people, it may trigger less of an immune response than viral vectors. It can also carry larger payloads and, unlike nanoparticles, can be tailored to target specific cells. The researchers described the method in August in Science.

Some proteins derived from retrotransposons — segments of DNA that copy and insert themselves throughout the genome — form virus-like protein shells, previous studies show. A signaling protein implicated in autism called ARC, for example, encloses its own mRNA and shuttles it between cells.

To find other virus-like proteins, Zhang and his colleagues searched the genomes of mice and people for capsule-forming sequences similar to those found in some viruses and retrotransposons. The team then expressed the most promising candidate genes — focusing on those present in both mice and people — in bacteria and cultured human cells.

Seven of the proteins the team analyzed formed virus-like structures, the researchers reported. The bacteria and cultured cells secreted one candidate, called PEG10, at higher levels than the others. Further analyses revealed that PEG10 binds to its own mRNA, often attaching to regions on both ends of the sequence that are not translated into protein.

The team took advantage these binding sequences to reprogram PEG10 to carry a different mRNA cargo. They sandwiched a sequence encoding a protein called Cre between the two untranslated regions in PEG10 and introduced the flanked Cre sequence into a batch of human cells, along with mRNA encoding PEG10 and a fusogen, a protein on the surface of a virus-like capsule that enables the capsule to enter a cell. The researchers then harvested the virus-like proteins the cells secreted two days later.

When the team added the secreted capsules to a second batch of cells — this time, mouse stem cells engineered to express a green fluorescent protein in the presence of Cre — the cells glowed green, suggesting that the system had successfully delivered Cre mRNA.

Some fusogens target certain cell types and could be used to deliver genetic cargo to specific cells or tissues, the researchers say. In one experiment, for example, they delivered Cre mRNA to skin cells from mice, using virus-like particles equipped with a fusogen that targets these cells.

In another test, the team used the technique to deliver CRISPR into cultured cells from people. They encased mRNA encoding Cas9 and a sequence that guides the protein to cut a specific DNA target. DNA sequencing revealed that the system modified the targeted gene in about 40 percent of the cells.

SEND could help scientists develop therapies for autism, providing a way to safely and effectively deliver gene therapies or gene-editing treatments, the researchers say. It could also be used as a research tool to study the effects of specific genetic modifications.

“We really think that we can turn this into a very powerful toolbox,” Zhang says. The researchers plan to develop a repertoire of fusogens that target different cell types and test the system’s ability to carry a range of genetic cargoes.