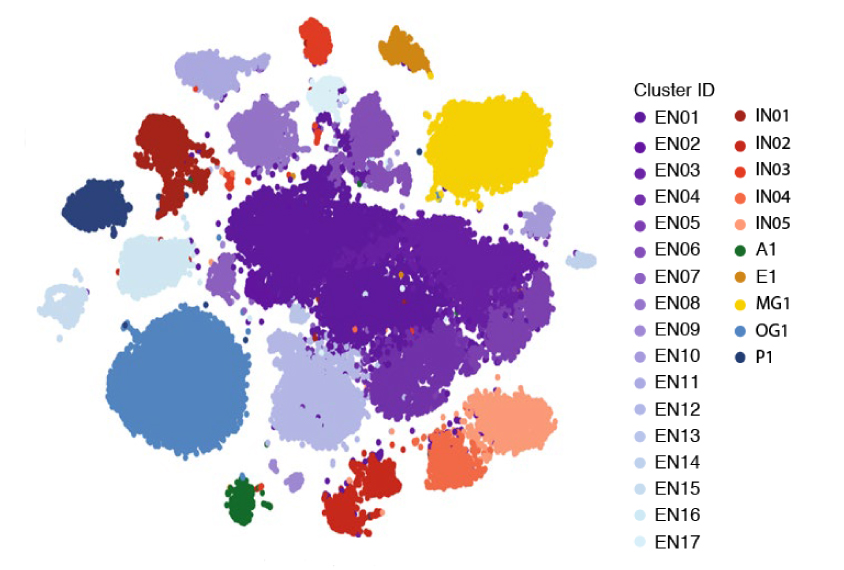 A new technique enables scientists to isolate, and chart gene expression in, tens of thousands of cells at once1.

DNA is typically wound around specialized proteins, forming a complex called chromatin. The shape of the complex leaves some genes accessible to be transcribed and others closed off. Mutations that alter chromatin’s shape are more common among people with autism than those without the condition.

A standard method called ATAC-Seq detects which regions of chromatin are accessible, but it can profile only hundreds of cells at a time. The new approach boosts that throughput to as many as 75,000 cells at once.

It relies on the same enzyme used in ATAC-Seq, called Tn5 transposase, to tag sections of open chromatin and cut them free for sequencing. But the researchers increased the enzyme’s concentration in the new version, so that they can reliably label and sequence more DNA fragments at once.

To isolate single cells, the researchers use a microfluidics device — a glass chip etched with two channels. One channel delivers cells, and the second is filled with plastic beads containing the enzyme. The beads include a unique barcode to distinguish them. The streams merge and form droplets, each ideally containing one bead and one cell.

The researchers add another barcode to the droplet to distinguish the cells. They then break apart the droplets and sequence the DNA.

The researchers used the approach to create a map of active genes in 46,653 cells of a mouse brain, among other applications. The findings appeared in August in Nature Biotechnology.