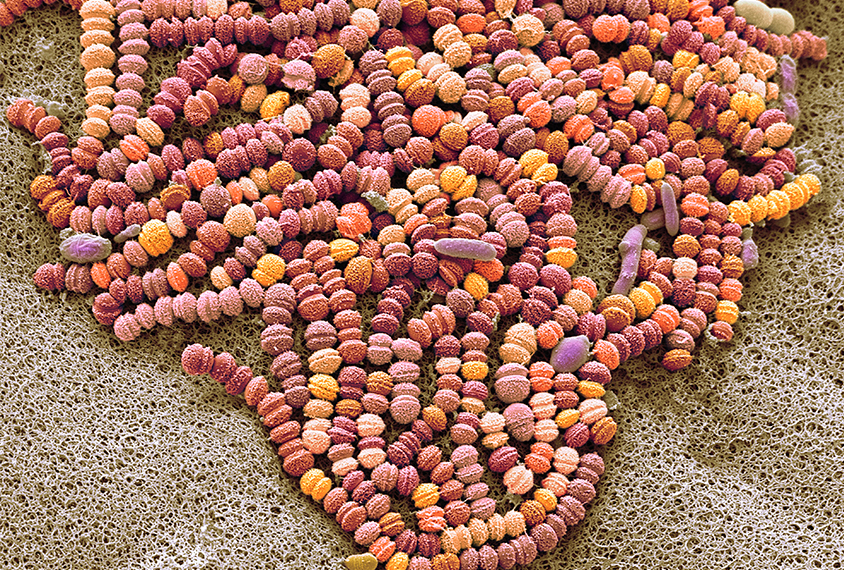 Gut guide: An online dataset details the metabolites produced by nearly 200 microorganisms in the human gut.

A new online repository compiles information on the small molecules, or metabolites, produced by nearly 200 microorganisms that commonly inhabit the human gut. The resource, described in Nature in July, could help scientists characterize the outputs of gut microbiota in autistic people and explore how the intestinal flora might contribute to autism.

Gut microbes produce myriad compounds that may influence various aspects of their host’s physiology, brain and behavior. But scientists have had trouble accurately measuring these compounds and matching them to the microbes that made them.

“This challenge motivated us to construct this gut microbe-focused metabolomics pipeline,” says Shuo Han, a postdoctoral researcher at Stanford University and the paper’s lead researcher.

Han and her colleagues at Stanford and the Chan Zuckerberg Biohub in San Francisco created a specialized analysis technique, which relies on mass spectrometry to identify metabolites by their mass and charge.

The team first compiled a reference set of mass spectral profiles for 833 known metabolites. They then measured these metabolites in lab-grown cultures of 178 strains of bacteria commonly found in the human gut. They also measured the metabolites in samples of blood, urine and feces from mice colonized with defined communities of some of these bacteria.

The researchers have made their data publicly available in an online explorer. They have also published their custom Python code for the pipeline.

“We hope that our mass-spectrometry-based methodology and datasets will enable users to construct their own pipelines, and to enable future functional studies of the gut microbial communities,” Han says.