A new resource that traces individual neurons in the mouse brain may reveal how distant brain regions communicate1.

Researchers typically study how the brain sends information from one region to another by watching groups of neurons as they interact. But few studies have mapped single neurons within those groups. Information on projection neurons — cells with long, thin fibers that extend into distant brain regions — is especially scant.

The typical process of mapping neurons is tedious; scientists have to manually trace a cell’s projections through successive images of brain slices. It can take up to six months to reconstruct a single neuron.

The researchers instead used a semi-automated technique that can reconstruct a neuron in one day.

The team injected live mouse brains with viruses that express fluorescent proteins, then scanned consecutive, overlapping slices from the brains. They used custom-built software to connect linear segments of neuronal fibers from one image to the next. A pair of scientists then manually connected the segments at the spots where neurons branched, and checked the accuracy of the computer tracings. 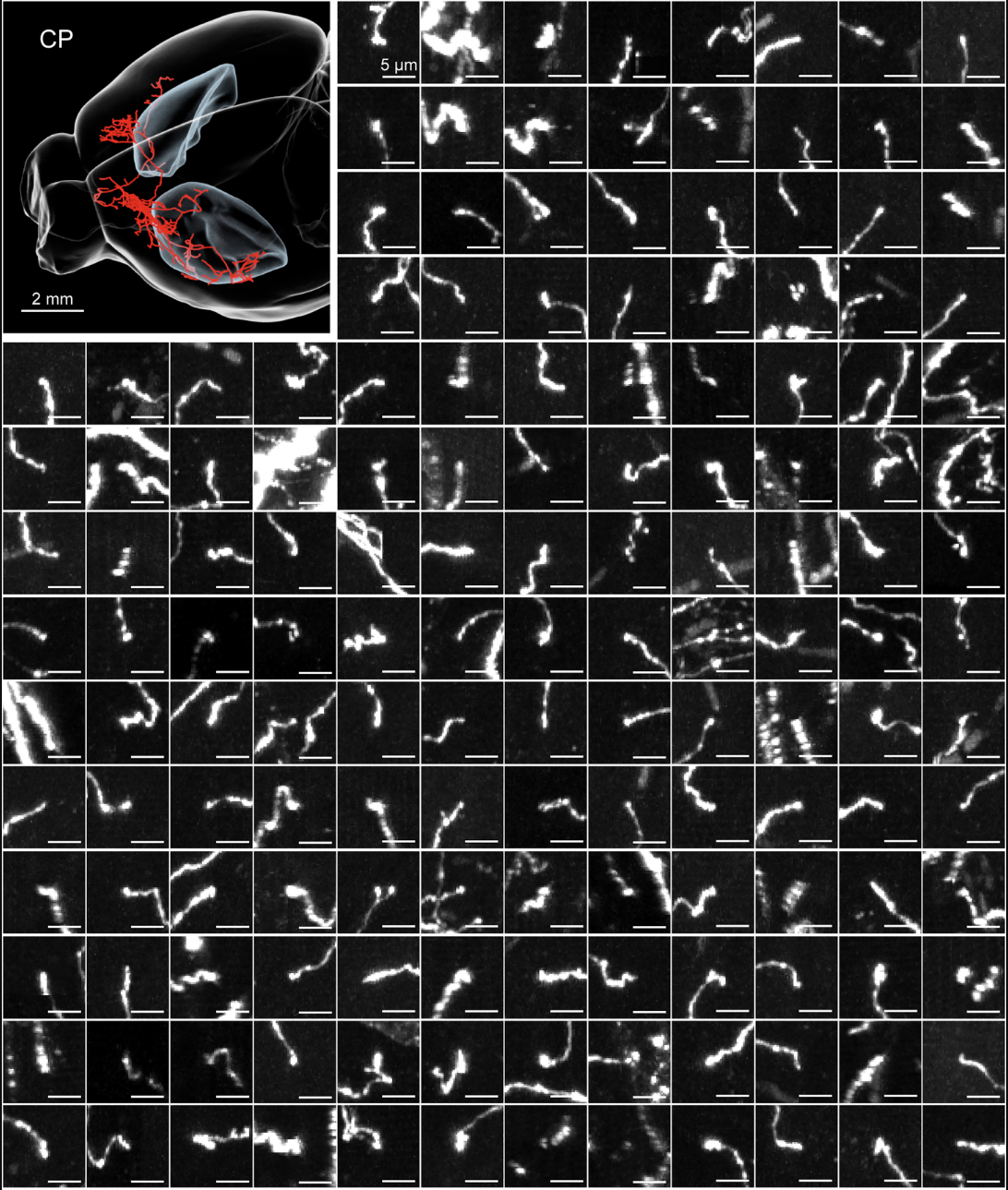 Fine fibers: The database details the structure of individual neurons (upper left, red) by tracing all of their projections (small panels).

The researchers tracked more than 85 meters of neuron fibers, revealing the architecture of cells from several brain regions, including the cerebral cortex, hypothalamus and hippocampus. The reconstructed neurons can be seen on a free platform called MouseLight NeuronBrowser, the team reported in September in Cell.

The database suggests that some brain regions contain a greater diversity of neuron types than previously thought. Some types comprise distinct subclasses of structure, for example, whereas others have diverse shapes.

The findings may help researchers discover neuron classes and explore subtle distinctions in the structure of neurons in autistic people.