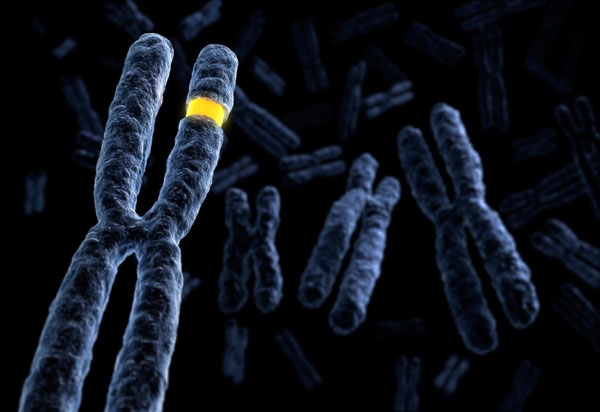 A new tool helps predict whether large DNA duplications and deletions, common among people with autism, are harmful or benign, reports a study published 18 December in Genetics in Medicine1.

So-called copy number variations (CNVs) are often associated with conditions such as autism but are also seen in unaffected individuals. The exact composition of a CNV can vary from person to person, making it difficult to discern its effects on gene expression.

The new tool, called Scripps Genome Annotation and Distributed Variant Interpretation Server, or SG-ADVISER, matches CNVs against a database of known genetic variants linked to various disorders. It consists of a Web server that collects genomic data, a computing system that scours databases for known variants and a user interface. It can analyze a complete genome in an average of six minutes.

Researchers tested the tool on 10 genomes from the Scripps Wellderly Genome Resource — a database of elderly people’s genomes created to enable study of the genetics of a healthy lifespan — and found that each genome contains an average of 3,782 CNVs. They then applied the tool to a panel of CNVs culled from microarray data, which include 5,104 ‘pathogenic’ CNVs implicated in a range of disorders and 5,822 ‘harmless’ CNVs with no known effects. The tool accurately identified the harmful variants 94 percent of the time.

The tool can also predict whether newly discovered CNVs are harmful — a function the researchers tested by screening the known variants, but first disabling the system that checks the database for those variants’ associations. In this mode, the tool correctly identified 90 percent of the harmful variants.

The tool can be used by those with no bioinformatics expertise, according to the researchers, and is freely available online. They plan to develop a version that can be used to study CNVs in mice.