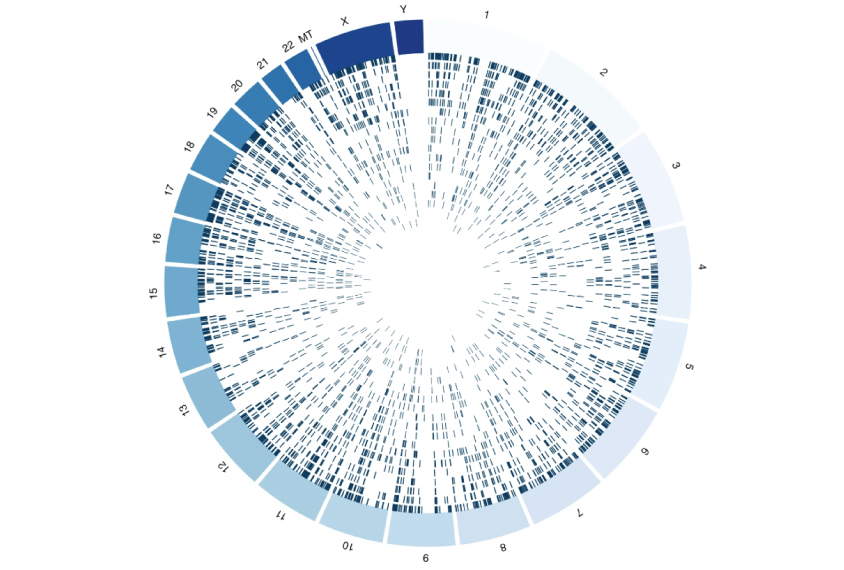 A new autism database solves a problem that plagues many gene repositories: counting the same participant multiple times across studies1.

Genetic databases pull their data from studies that link participants’ DNA with a particular condition, but some individuals participate in multiple projects. Databases do not usually account for this repetition — so a variant that is counted more than once might seem to be linked to a condition more often than it actually is.

VariCarta, developed by researchers at the University of British Columbia in Canada, solves this issue by cross-referencing participant identification codes across studies. Because researchers do not all use the same identification code for a particular individual, the database developers also investigate and reconcile cases that seem similar, sometimes by contacting the original researchers for more information.

VariCarta catalogs variants from more than 13,000 autistic people. So far, it has identified and corrected for 16,832 variants that have been reported in multiple studies. The team continually adds studies to the database.

When a user searches for a gene or genomic region, the database returns information about the variant, including studies that report it, and links to other resources. VariCarta also provides the original data for download. Researchers described the database in November in Autism Research.

VariCarta is designed primarily for researchers, but clinicians can use it to check if an individual’s rare mutation has previously been reported. Another new program, called PanelApp, updates lists of genes linked to intellectual disability, some cancers and rare conditions2. A panel for autism is in development.

Gene panels used in diagnosis are not standardized and often exclude genes supported by a high level of evidence, or include genes with mixed or debunked evidence. Such mistakes can lead to missed or false diagnoses.

PanelApp aims to improve the accuracy by crowdsourcing expert opinion. Curators from Genomics England, a company that runs a rare-disease sequencing project and manages the app, add genes to the database. They label each gene’s association with a particular condition using a different color based on how many well-regarded gene panels verify the link.

Experts then review the strength of the evidence, and the company adjusts the ranking as needed. Researchers provided details about the app in November in Nature Genetics.

PanelApp includes gene panels for 315 conditions, developed with input from more than 700 reviewers. Since its launch in 2015, experts have added more than 950 new genes with the highest level of evidence, averaging an additional 5.6 genes per panel.