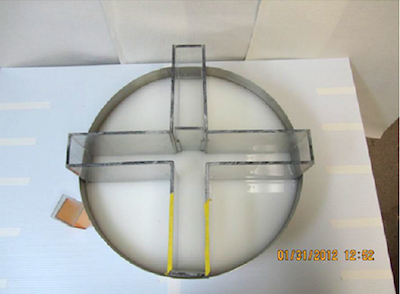 Double dose: Combining a T-shaped maze with a water assay may offer a good way to assess repetitive behaviors in mice.

Researchers have developed a new test that reveals complex repetitive behaviors in BTBR mice, a mouse strain with features resembling those of autism, according to a study published 27 August in the Journal of Neuroscience Methods1.

Laboratory mice are easy to manipulate genetically. Researchers can delete or mutate genes, control where and when these mutations take effect, and observe their effects. This makes mice good models for studying the genetics of disorders such as autism.

One symptom of autism is repetitive behavior, which in people may take two forms: repetitive actions, such as hand flapping or rocking, and higher-order symptoms, such as an insistence on sameness, or restricted interests.

Many autism mouse models show symptoms that resemble the first type. They groom obsessively, or insist on burying all the marbles placed in their cage. Modeling the second form of repetitive behavior in mice is more challenging.

In one assay, researchers place mice in a circular bath of water and teach them the location of a water platform they may use to escape. In another, the mice explore a T-shaped maze that has a food reward at the end of one arm. Researchers change the location of the platform or the food, respectively, and see how long it takes the mice to adjust.

Neither of these assays reveals symptoms in BTBR mice, however, despite the fact that these mice do show ritualized grooming and obsessive marble-burying.

In the new study, the researchers combined the two tests, using a submerged T-shaped maze in a water bath with an escape platform at the end of one arm of the T.

BTBR mice take about the same amount of time as controls do to learn the location of the platform, suggesting that they do not have an overall learning deficit.

However, after the researchers move the platform, the BTBR mice make several more errors than controls do. It also takes them about five days to figure out the switch, compared with the two for controls.

The new apparatus is smaller, and so cheaper and easier to use, than the traditionally large pool used for a water maze, the researchers say.