A new atlas provides the most detailed 3D views of mouse brain structure to date1. Researchers will be able to use the reference to help them combine, analyze and share various types of mouse brain data.

Scientists have accumulated vast amounts of detailed imaging data spanning the entire mouse brain, but mouse brains vary in shape and size. To integrate information from different animals or studies, scientists need to be able to relate their data to a standard reference atlas.

Most standard reference atlases of the mouse brain are 2D and offer a view of the brain only along specific planes, in slices from front to back or left to right. Most of the few 3D brain atlases that exist have low resolution, only showing structures that are 30 microns or larger, and do not align well with high-resolution data. 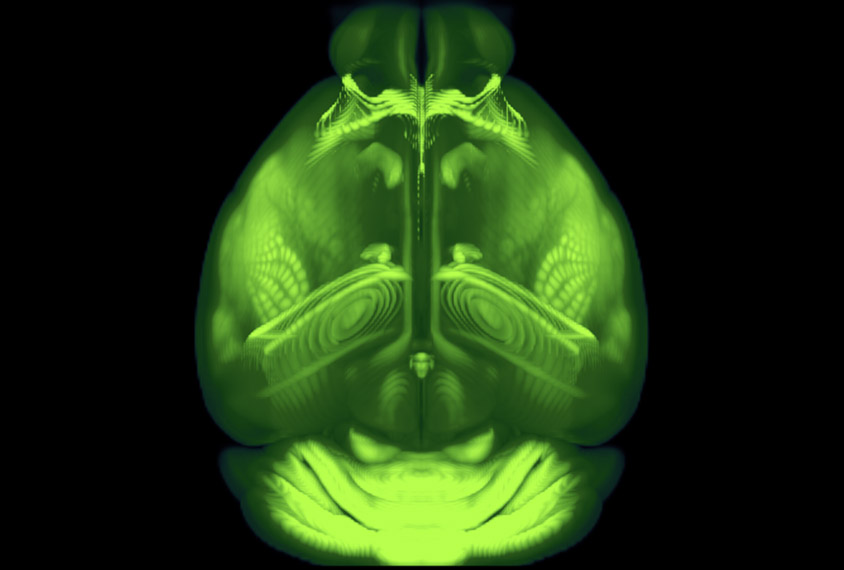 Courtesy of the Allen Institute for Brain Science

The new 3D atlas images structures as small as 10 microns — a resolution high enough to pinpoint a spot in the brain the size of a few cells.

The map, described in May in Cell, is the third iteration of the Allen Mouse Brain Common Coordinate Framework. To create it, researchers averaged brain images from 1,675 mice, generating a high-resolution, digital rendition of the mouse brain made up of about 500 million voxels, or 3D pixels. They then carefully delineated brain structures by using various sources of information, such as other brain atlases and data from experiments that charted protein levels, gene expression patterns and the connections between neurons.

The team mapped out 43 areas in the outer layer of the brain, the isocortex. This brain region takes the form of a curved sheet of tissue; it contains cells bodies and is organized into layers. Connections between the layers usually run perpendicular to the region’s surface, but 2D atlases often erroneously delineate isocortical areas along straight lines. In the new atlas, the researchers used a curved coordinate system to draw borders between isocortical areas extending through the brain’s curvature. This approach may contour isocortical areas more accurately, the researchers say. 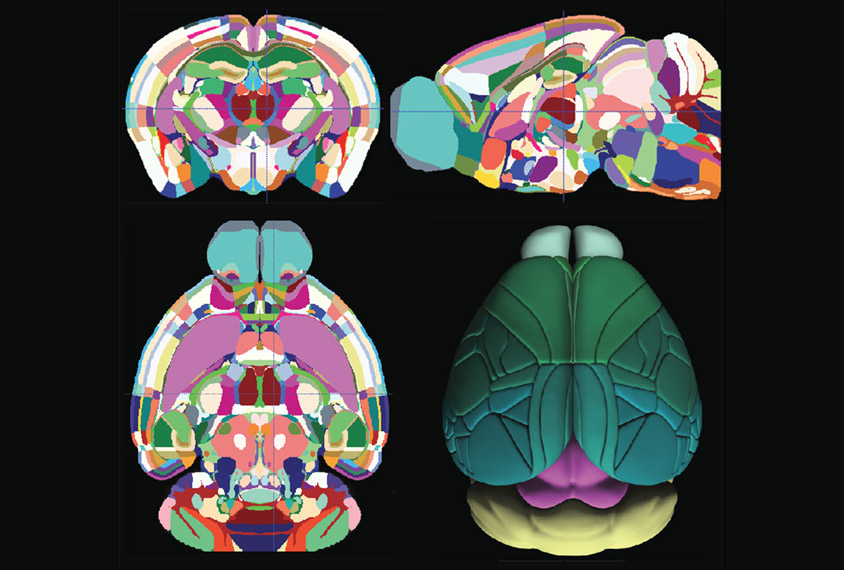 Mouse mind: Researchers studying the mouse brain can use the new atlas as a 3D anatomical reference.

Courtesy of the Allen Institute for Brain Science

The new atlas also charts 329 areas beneath the isocortex, along with eight fluid-filled spaces in the brain and 81 nerve bundles. It includes nine new subcortical gray-matter structures and four new nerve fiber tracts, compared with prior standard reference atlases.

Due to the large number of mice imaged, subtle brain features can be seen that are not visible in images from a single mouse. For example, the atlas reveals anatomical structures in the cortex known as ‘barrels,’ which respond to whisker stimulation2.

The resource is freely available on the Allen Brain Atlas data portal.