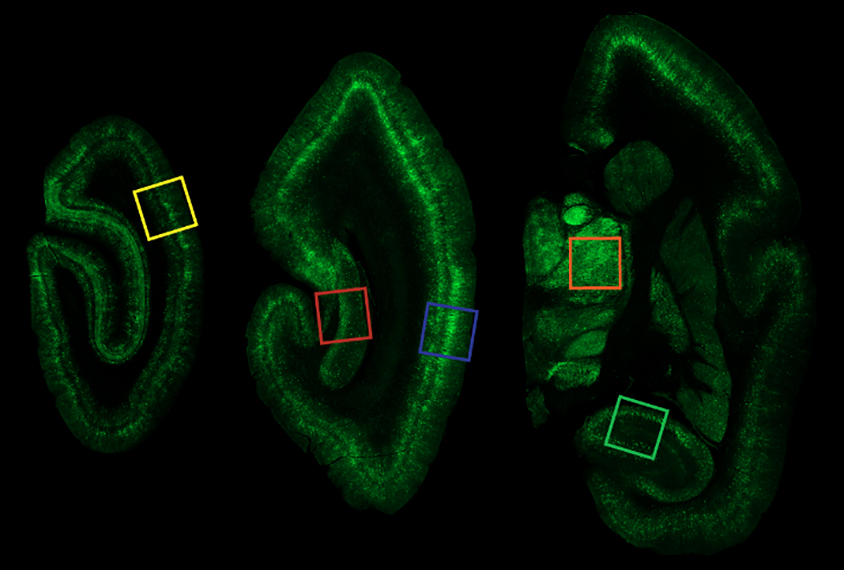 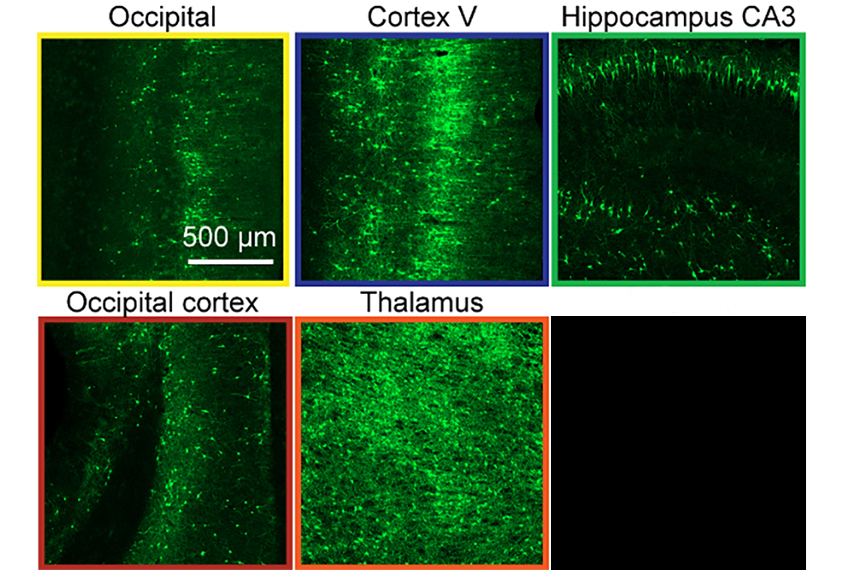 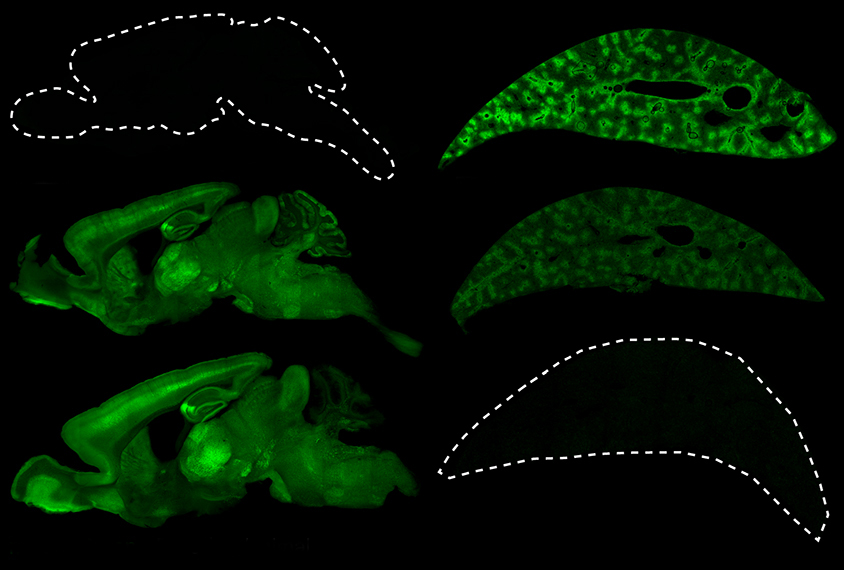 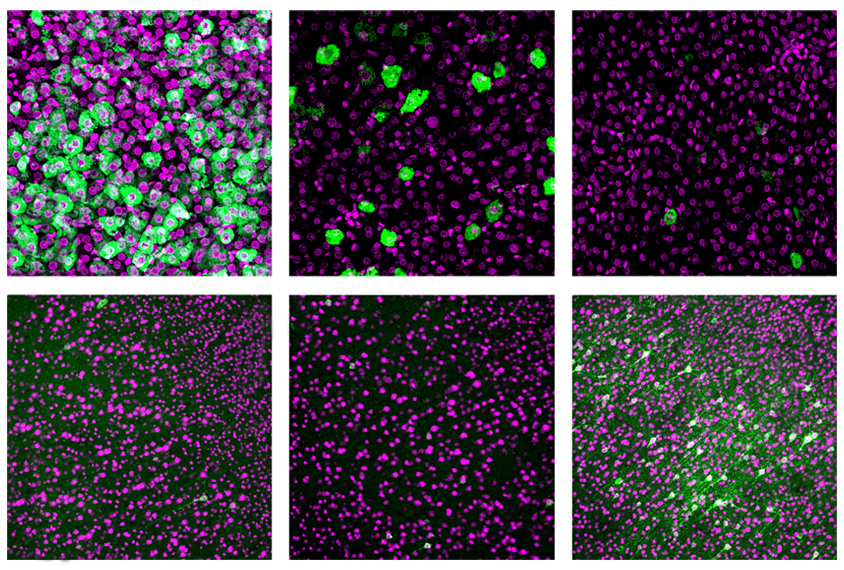 Strong effects: The virus effectively reaches the cortex, subcortex, hippocampus and thalamus of the marmoset brain, among other regions.

Brain-specific: The new viral variant more effectively targets the brain (bottom left) and steers clear of the liver (bottom right) in mice than other variants do (top two rows).

A new harmless virus can deliver genes to brain cells without infecting other tissues, according to early tests in mice and monkeys. The virus could minimize the risk of side effects from gene therapies under development for autism-related conditions, such as Angelman syndrome, Rett syndrome and fragile X syndrome.

Gene therapy typically involves replacing a faulty gene with a working copy, delivered into cells via a harmless adeno-associated virus (AAV). Some AAVs injected into the blood can cross the blood-brain barrier to replenish faulty genes in brain cells. Because these therapies require high doses, however, they run the risk of causing high levels of gene expression in unwanted tissues such as the liver, which can prompt harmful immune reactions.

To avoid widespread expression, researchers can use other AAVs that include neuron-specific regulatory elements, which act as genetic switches and activate the therapeutic gene only inside neurons. But these additions take up crucial space inside tiny AVV particles, where every nanometer matters.

To overcome these hurdles, Viviana Gradinaru, professor of neuroscience and biological engineering at the California Institute of Technology in Pasadena, and her colleagues used directed evolution to engineer viruses that target the brain and steer clear of other organs. The approach follows the same principles that breeders use to select for useful traits in livestock.

The team started with a library of AAV viruses that each carry a different version of the protein responsible for latching onto host cells. They injected the mutated viruses into the bloodstream of mice and tested the viruses’ ability to infect the brain and other tissues. They created a new library of the most brain-specific variants, and then repeated the tests in mice.

After two rounds of selection, they generated a variant with high specificity for neurons and low uptake in the liver in mice, and it performed similarly in marmosets, the team found. The results were published in Nature Neuroscience in December.

In evolutionary terms, two ‘generations’ is an incredibly small amount of time, Gradinaru says. She and her colleagues achieved their results so quickly by selecting for viruses that incorporated their genetic material into the genome.

The approach could be used to engineer variants with additional traits or specificity for other tissues, the researchers say. Work is underway in Gradinaru’s lab and others to engineer brain-specific variants that can avoid neutralizing antibodies, which accumulate throughout a person’s lifetime and may reduce the effectiveness of gene therapies. Gradinaru has founded Capsida Biotherapeutics, a biotech company in Thousand Oaks, California, to develop AAV-based therapies.