Mouse squeaks may be poor analog for human speech 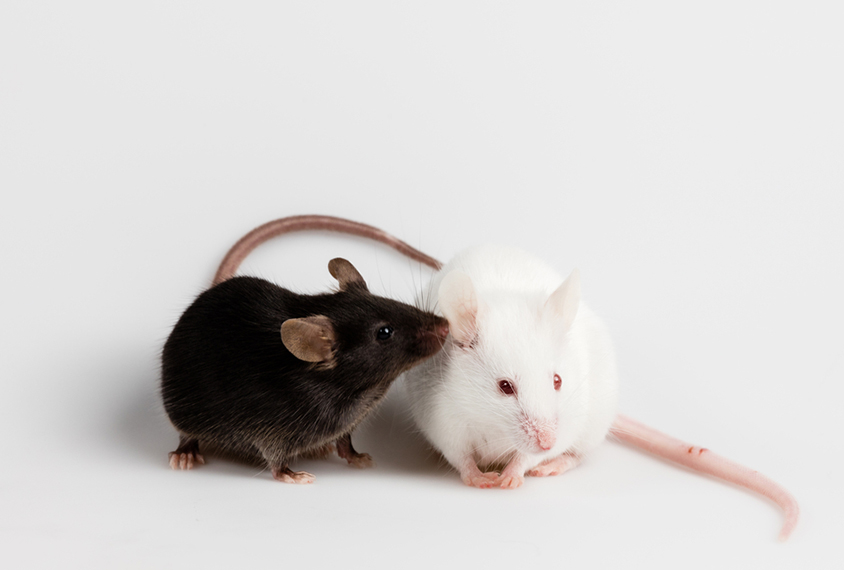 Incorrect analogy: Impaired mouse vocalizations are not like the language problems seen in autistic people.

The brain areas involved in mice’s high-pitched squeaks are not the same as those that govern human speech, according to two new studies1,2.

Mice emit ultrasonic vocalizations, which people cannot hear. Young mice make them when they are separated from their mothers, for example, and adult mice use them during courtship.

In many mouse models of autism, these vocalizations are abnormal or impaired in ways that some scientists have argued are analogous to language problems in people with autism. The new studies suggest that this analogy is incorrect.

Scientists previously focused mainly on the nature of the vocalizations — such as how well other mice can hear them, says Mu Yang, director of the Mouse NeuroBehavior Core at Columbia University, who was not involved in either study. The new studies instead looked for the neural underpinnings of the calls. And they implicate brain areas different from those involved in human speech.

The results suggest that ultrasonic vocalizations are not a means of back-and-forth communication like speech is. However, they could still be useful for modeling social behavior at an emotional level, Yang says.

In one study, researchers focused on a brain region called the periaqueductal gray, which mediates defensive behavior, pain and basic functions, such as heart rate. They identified neurons in this region that become active in male mice when they make courtship calls.

Blocking the neurons’ activity hushes the calls, even though the males continue other courtship behaviors. Conversely, activating the neurons causes the mice to emit the squeaks even when no females are present. The findings appeared in June in Neuron.

The results suggest that these neurons initiate ultrasonic vocalizations, says lead investigator Richard Mooney, professor of neurobiology at Duke University in Durham, North Carolina. In mouse models of autism, this mechanism may be broken, he says.

The periaqueductal gray is required for initiating speech in people, too: Damage to it can render people unable to speak. However, other aspects of human language, such as grammar, vocabulary and meaning, are governed by the cerebral cortex.

In the other study, researchers analyzed cells called Agouti-related peptide neurons, which reside in the hypothalamus.

These neurons help young mice bond with their mothers, the researchers found. For example, they are involved in the production of ultrasonic vocalizations by 10-day-old pups that have been removed from their nest.

Blocking the release of gamma-aminobutyric acid, a signaling molecule, from the neurons decreases the number and complexity of the calls; activating the neurons leads pups to vocalize more after the separation, the researchers reported in June in Cell.