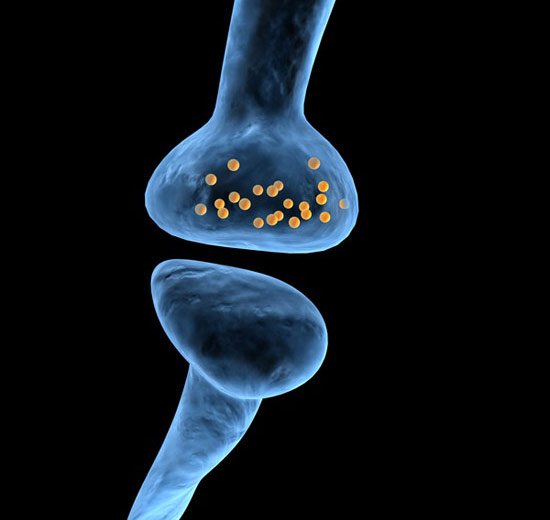 An elegant microscopy technique reveals that neurons can regulate how quickly they recycle chemical messengers, according to a study published in July in Nature Neuroscience. This process is believed to be the limiting step in the speed of signaling across neuronal junctions1.

Establishing how neurons communicate is crucial for understanding what goes awry in disorders such as autism. Autism is associated with mutations in several proteins that function at synapses, the junctions between neurons.

Neurons communicate across synapses by releasing chemical messengers, or neurotransmitters. In response to a signal, large bubbles of membrane, called vesicles, fuse with the synaptic membrane and release their contents.

After signaling, the pockets need to fold back into themselves, reforming vesicles that can be packed with new neurotransmitters ready for the next round. Although the efficiency of this process is crucial for coordinating signaling between neurons, it was unclear whether it is regulated or occurs spontaneously.

In the new study, researchers tagged a protein component of synaptic vesicles with a fluorescent molecule that is sensitive to pH, and only glows when released from the acid environment within vesicles. Release of the vesicles results in a burst of fluorescence, which fades as the vesicles are recycled back into the neuron.

The time it takes for the fluorescent signals to fade varies significantly — between 5.5 and 39 seconds — across individual neurons, but not among synapses belonging to the same neuron, the researchers found.

Because the results stay consistent for synapses of a particular neuron, they suggest that the speed of vesicle recycling is centrally controlled. Researchers have yet to identify the mechanism that might regulate this process.