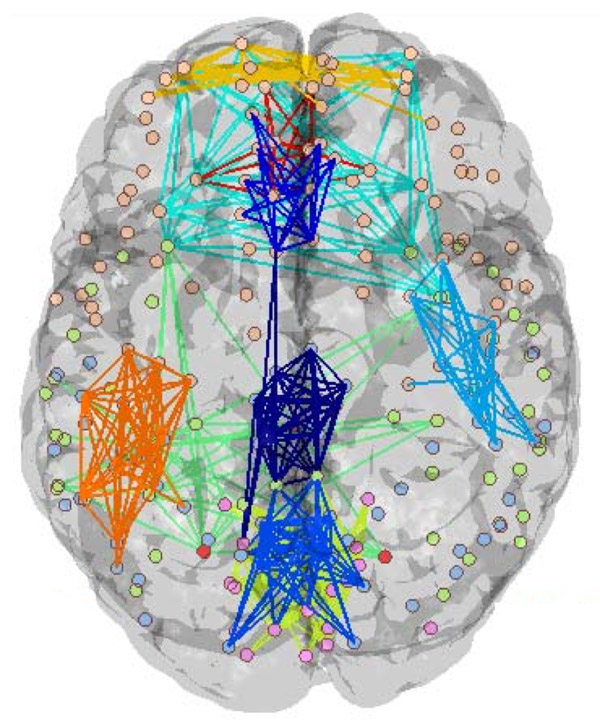 The research team that developed the approach set out to find a simple way to represent characteristic patterns of brain connectivity within groups. They also wanted to show which subsets of connections are salient in certain individuals.

The method entails first parsing the plethora of connections in the brain into a handful of ‘connectivity modules.’ The researchers define these modules as brain regions that are more connected within themselves than they are to other brain regions.Once the researchers establish these modules for a given group, they can assign individual connectivity scores that reflect the level of connectivity within and between the modules.

The researchers tested this approach using magnetoencephalography data from 37 boys with autism and 40 controls, all between the ages of 6 and 14 years. This technique measures magnetic activity in the brain caused by the firing of neurons.The researchers acquired the measurements while the boys’ brains were at rest.

The researchers say their method should make it easier to establish basic connectivity norms and then show where individual deficits lie. This may also help them understand whether specific connectivity deficits exist in subgroups of people with autism.

For instance, certain social deficits may correlate with patterns of under- or over-connectivity. Researchers may even be able to recruit children for studies and clinical trials based on their connectivity patterns.

The tool can also help researchers analyze connectivity data from functional magnetic resonance imaging or better understand structural connectivity as measured by diffusion tensor imaging. The researchers are using their tool to analyze data derived from all three of these imaging methods in a larger group of children.