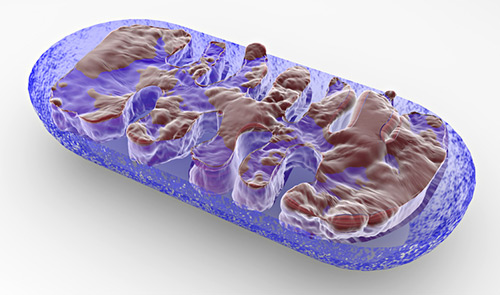 Energy factories: Mitochondria have their own genomes that encode proteins used to produce energy for the cell.

Researchers have put together a set of strategies and computer programs to help study mitochondrial DNA sequences. The method, called MToolBox, is described in a paper published 14 July in Bioinformatics1.

Mitochondria are miniature organs that produce energy for cells. They carry their own genomes, thought to be a remnant from a time when they were independent creatures.Each person has both the nuclear genome that is commonly talked about and a separate, smaller mitochondrial genome.

Methods for sequencing whole nuclear genomes or exomes — the coding portions of genomes—pick up mitochondrial DNA as well, so researchers can extract mitochondrial sequences from these datasets2. MToolBox is an updated method that recognizes insertions and deletions and includes strategies for characterizing the DNA.

For example, each mitochondrion in a given individual can have a slightly different sequence, and determining what proportion of the total mitochondrial DNA has a certain mutation may be key to understanding mitochondria-related problems. Mitochondrial sequences also vary from person to person, but people of the same ethnicity tend to have mitochondria that belong to the same ancestral groups.

MToolBox helps researchers identify these differences and similarities in mitochondrial DNA, and identifies genetic variants that are most likely to be harmful.

To validate their work, the researchers simulated mitochondrial DNA sequences with mutations and assembled sets of data meant to resemble the output of sequencing a person’s DNA. MToolBox quantified the proportion of sequences with each mutation with high accuracy, reaching 100 percent for high-frequency mutations.

The researchers also analyzed mitochondrial sequences in four mothers and their children, taken from whole-exome sequences gathered for the 1000 Genomes Project. As expected, MToolBox found that the mothers are more likely to share high-frequency mutations than rare ones.

The researchers then used MToolBox to classify sequences from 2,419 participants in the 1000 Genomes Projectinto evolutionary groups. These groups match the ancestry information the participants had provided about 80 percent of the time.