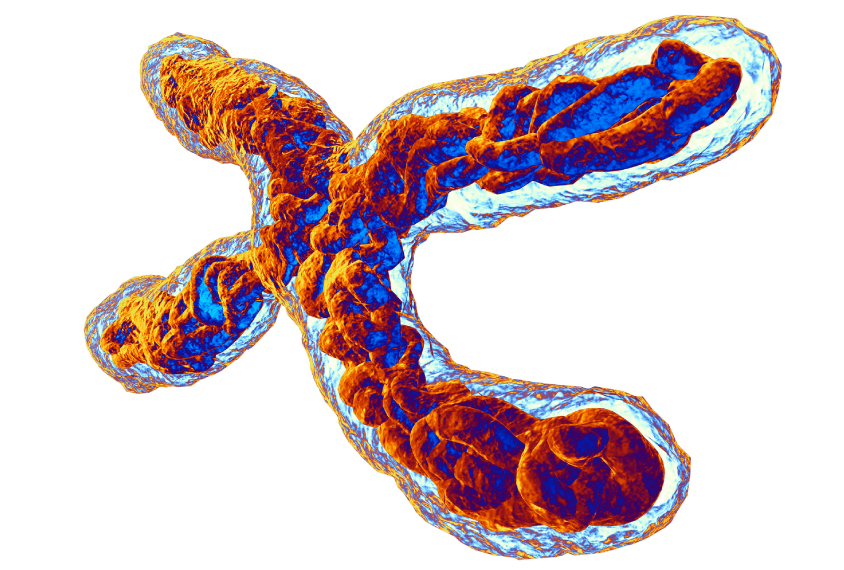 Chromosome contours: Altering the 3D structure of DNA changes the expression of only a minority of genes.

The 3D structure of DNA has only a minimal influence on gene expression, a new study suggests1. The findings call into question a fundamental assumption about how genes are regulated.

The genome is organized into 3D structures called topologically associating domains (TADs), regions in which DNA sequences are in close proximity and are therefore likely to interact with one another. TADs may drive gene expression by bringing enhancers, which boost the expression of distant genes, near their target genes2. Researchers have found that disrupting TADs alters the expression of individual genes.

In the new study, researchers bred fruit fly embryos that have one chromosome with a genetic rearrangement — such as an inversion, deletion or duplication — and one typical chromosome. They then mapped the spatial organization of the embryos’ DNA and sequenced RNA to gauge gene expression.

The rearrangements altered gene expression in only about 10 percent of 5,357 genes. More significant changes occurred in TADs, which were reshuffled near their boundaries or resized due to rearrangements within them, sometimes doubling their length3.

The findings suggest that genome topology is unlikely to be the primary driver of gene expression, the researchers reported in August in Nature Genetics. It’s unclear what makes some genes vulnerable to these structural shake-ups, the researchers say.