Functional imaging studies may be marred by head motion 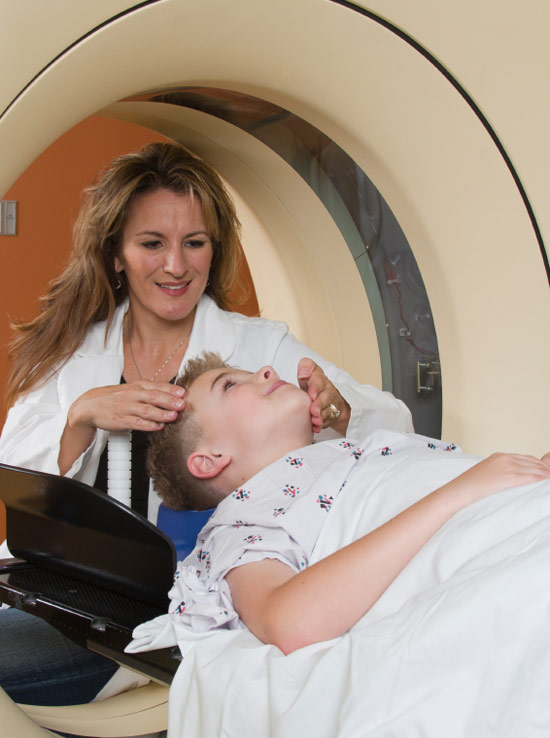 Head strong: Movements of the head can affect activity in the default network, a brain circuit that has been tied to autism.

Head strong: Movements of the head can affect activity in the default network, a brain circuit that has been tied to autism.

Signatures of brain activity found in individuals with autism could simply be the result of squirmy volunteers, according to a report published 23 July in Neuroimage1. The study found that even small head movements inside of a brain scanner can affect results.

The first rule of brain scanning is to keep the participant’s head as still as possible, because movement can confound the fast-changing measurements of neural activity. But it’s impossible for any participant, and especially a child with autism, to keep perfectly still.

In the new study, Randy Buckner and colleagues investigated whether head movements affect data gleaned from resting-state functional magnetic resonance imaging (fMRI). This technique, which is getting more and more popular among autism researchers, measures synchrony between brain regions while a participant lies passively in the scanner for five to ten minutes.

Scanning 1,000 healthy adults, the researchers found that, for most brain circuits, head movement does not affect variations in brain activity. There are a few notable exceptions, however.

Head motion is associated with decreased synchrony in the default network, a brain circuit that is most active during daydreaming and sleeping, and quiet during explicit tasks. Movement is also associated with increased synchrony between nearby brain regions. Both of these brain signatures have cropped up in imaging studies of individuals with autism.

To avoid this potential pitfall, the researchers emphasize the importance of reminding participants to stay still, and suggest using attached helmets that keep the head immobilized.

These strategies won’t help other causes of head movements, however, such as swallowing and jaw-clenching. For these, the researchers suggest using certain types of data analyses that correct for motion2.