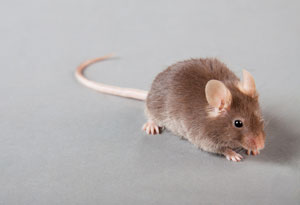 Rett syndrome is a developmental disorder with some features of autism. Starting at about 6 months of age, children with the syndrome show symptoms such as motor deficits, social withdrawal and problems with language. Rett syndrome is typically caused by a mutation in the MeCP2 gene, which is on the X chromosome. As a result, boys with MeCP2 mutations don’t survive past birth and the syndrome is generally seen in girls.

Because one copy of the X chromosome is randomly inactivated in females, researchers predicted that MeCP2 expression in female mice might lead to inconsistent symptoms. They instead often use male mice lacking MeCP2 to model Rett syndrome.

These mice show severe symptoms beginning at 3 weeks, which makes them easy to study. However, they also quickly deteriorate and die around 8 to 10 weeks2. The early death and severe symptoms are inconsistent with Rett syndrome, symptoms of which first appear in girls between 6 and 18 months of age.

In the new study, researchers characterized two strains of mice lacking MeCP2. To control for the effect of the mice’s genetic background, both strains are crosses of inbred lines, which generally have identical copies of genes on each chromosome.

Other behaviors vary between the two strains. In particular, one strain shows less interest in other mice than controls do, starting at 12 weeks of age. This symptom is not apparent until 22 weeks of age in the other strain.