Database, lab tricks may crack secrets of the synapse 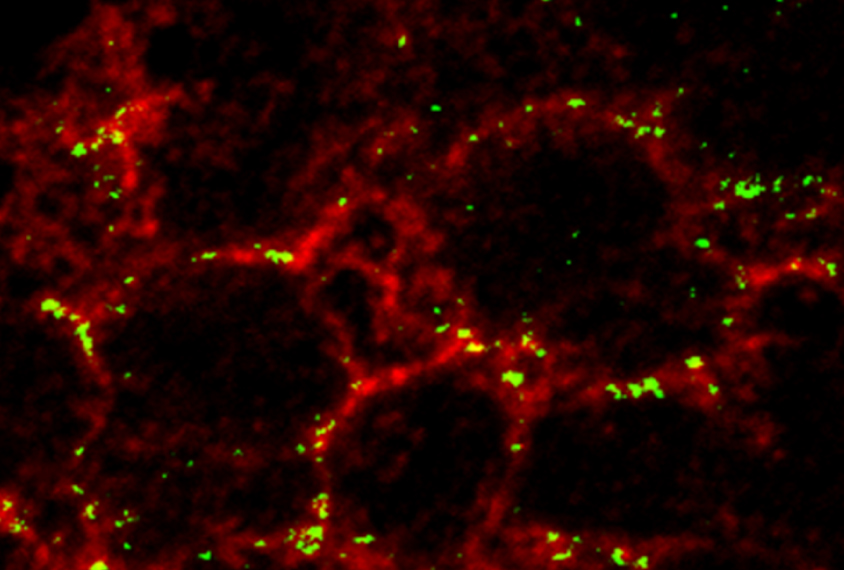 Bright spots: With the right recipe, researchers can see synapses in brain organoids by tagging proteins there (green).

Two new resources may aid the study of synapses, the junctions between neurons.

Synapses are the nodes of the brain circuits that underlie behavior, movement and various other functions. Alterations in synaptic proteins may be involved in autism.

A new online platform called SynGO provides information about 1,112 genes that play a role at synapses1.

To create the platform, scientists from 15 labs on three continents partnered with experts from the Gene Ontology Consortium. They read about 1,300 papers about synapse genes and made nearly 3,000 annotations. The annotations pertain to the location of and interactions among the genes’ protein products as well as their evolutionary lineage, tolerance to mutation and links to neurodevelopmental conditions.

This information is more comprehensive than that of other databases of synapse genes, such as SynaptomeDB. It is also likely to be more reliable, because scientists manually curate it, minimizing the misleading data and errors that automated scanning of manuscripts can introduce.

The platform also provides tools for analyzing and visualizing synapse gene data, the researchers reported in June in Neuron.

A separate paper provides a guide to visualizing synapses in brain organoids, spheres of cells that mimic aspects of the human brain2. Organoids may serve as models of brain conditions such as autism if their cells carry a mutation associated with that condition.

The researchers tested numerous approaches to determine which works best. One of the tips recommends five combinations of antibodies and fluorescent tags for labeling various proteins at the synapse.

The team also suggests tweaks to established protocols. For example, they advise increasing the temperature on a cryostat — a device used to chill tissue and cut it into thin sections — to slightly higher than minus 20 degrees Celsius for better-quality sections. The guidelines appeared in June in Cell Transplantation.