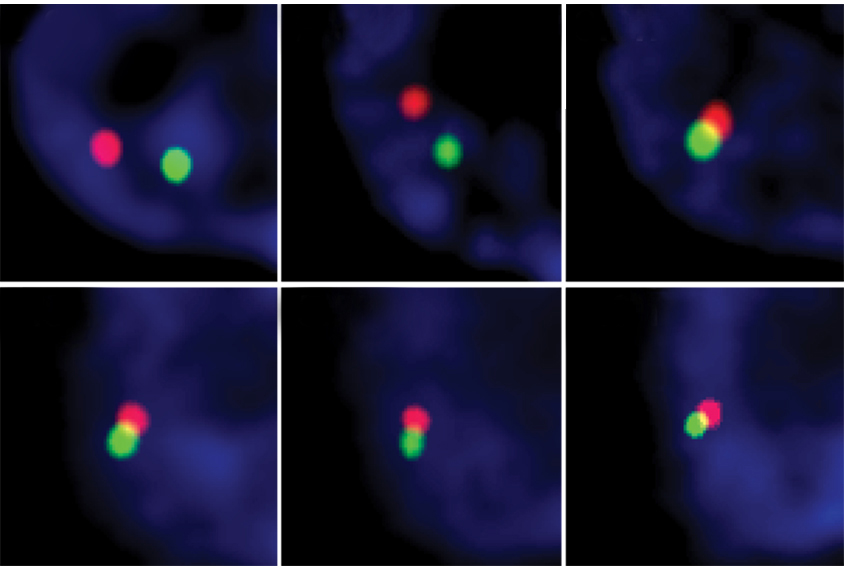 The technique, called live-cell fluorescent in situ hybridization (LiveFISH), makes it possible to visualize DNA and RNA during gene editing and expression in real time, across many cell types. It uses the gene-editing system CRISPR to target specific genetic sequences and label them with fluorescent dyes in less than an hour.

Using a version of CRISPR with a different enzyme than is used for gene editing, researchers can also separately target RNA. By tracking gene expression over time, the technique could show, for example, how individual cells work together to form an embryo. It can reveal how RNA moves and clusters inside cells. And it can be used to monitor CRISPR gene editing, uncovering the molecules involved in breaking and repairing DNA during the edits, the researchers reported in September in Science.

Because the method sheds light on CRISPR’s inner workings, it could ultimately yield ways to improve that technology’s efficiency and limit its side effects, such as off-target mutations and DNA swaps between chromosomes. These genetic rearrangements can happen when CRISPR edits multiple genes at once, as is the goal with some gene therapies.

In addition, LiveFISH can be used to probe the genome’s 3D structure in different cells. In this way, it might spot cancer cells in which the genome takes on a different 3D configuration.