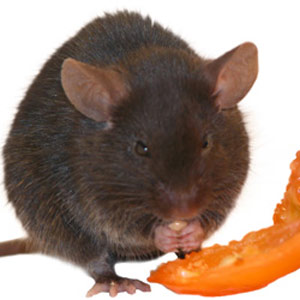 Hot stuff: Mice lacking the receptor for the protein that gives chilies their heat will eat even the hottest pepper.

By manipulating the location of a protein that detects capsaicin, the molecule responsible for the burn in hot chili peppers, researchers can activate subpopulations of neurons and alter the behavior of mice. The results were published 20 March in Nature Communications1.

In the past few years, researchers have developed sophisticated techniques for altering neuronal activity in live animals, allowing them to investigate how subpopulations of neurons influence behavior. The most successful of these, dubbed optogenetics, integrates a light-responsive protein into neurons, which can then be activated by beams of light.

But researchers still need to get light to these neurons, typically by using fiber optic cables that are surgically inserted into the animals’ heads. These devices and the surgeries to implant them can also affect mouse behavior, particularly their social interactions.

In a 2011 optogenetics study, researchers used more stable light-sensitive molecules that are active for long periods of time, allowing them to remove the light cables before assaying behavior. But this technique, and others that make use of molecules that can cross the blood-brain barrier, have lasting effects on the mice, on the order of hours.

In the new study, researchers made use of a cell’s sensitivity to capsaicin to allow them to turn on neurons in mere minutes, after which their activity quickly returns to normal. This makes this technique ideal for experiments that require a quick switch in neuronal activity or a return to typical signaling, the researchers say.

The study was based on mice developed more than a decade ago that lack the receptor for capsaicin in all cells in the body2. These mice can eat even the hottest peppers without suffering ill effects.

The researchers inserted the capsaicin receptor in these mice into either neurons that produce dopamine or those that produce serotonin, two important chemical messengers in the brain. Feeding mice capsaicin enhances signaling in these neurons, lasting for about ten minutes, the study found.

A study published last year used optogenetics to show that an imbalance between excitatory and inhibitory signals in the brain can lead to social deficits in mice3. Studies using the capsaicin receptor could similarly allow researchers to investigate the role of different neural circuits in social interest and other autism-related behaviors in mouse models.