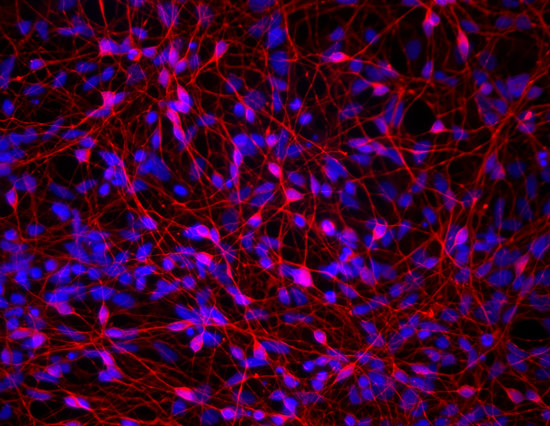 Brain network: Neurons connect with each other in large circuits that communicate related information.

Neurons that respond to the same stimuli are grouped into sub-networks that can quickly communicate with each other, according to a study published 10 April in Nature.

This finding, discovered using a complex new technique to trace the connections between neurons, could help researchers understand how brain regions communicate, and what goes wrong in disorders such as autism.

Many brain regions have been implicated in autism, but several studies suggest that it is not the regions themselves but their connections with others that are impaired in the disorder.

Neurons control the flow of information in the brain by connecting with each other in large complex circuits. Several teams are mapping these circuits to determine whether the circuits have an ordered arrangement or are essentially random. Mapping how circuits are organized in the brain could help scientists understand how the brain processes information, both locally and across brain regions.

In the new study, researchers photographed the brains of mice as they watched different visual patterns, such as alternating horizontal or vertical lines. They then injected the brains with a dye that stains activated neurons, pinpointing the group of neurons that responds to each stimulus.

Neurons that respond to the same stimuli — such as the edges of horizontal lines — are more likely to be activated quickly in sequence, the study found. This suggests that circuits are made up of subgroups of such neurons and supports an ordered arrangement of circuits in the brain.