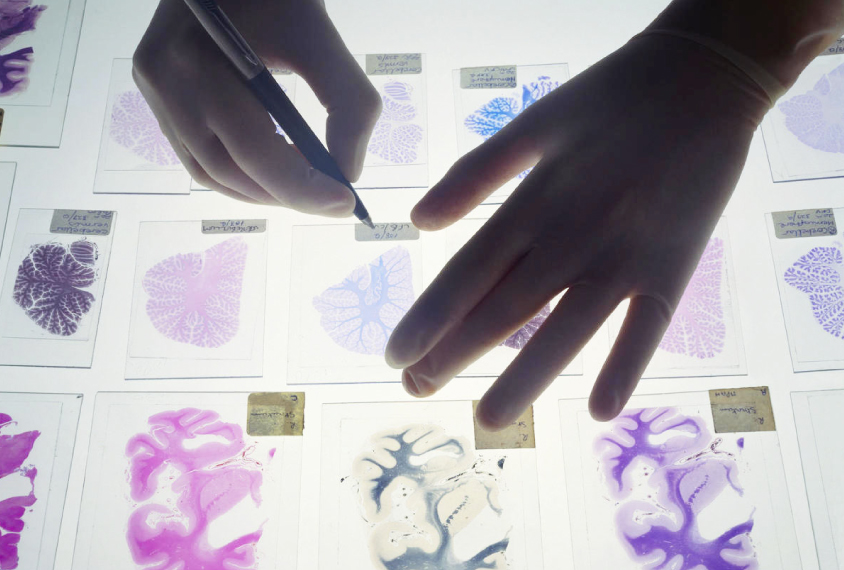 Autism BrainNet, a repository of postmortem brains, has new tissue from more than 150 brains, including 59 from people with confirmed or possible autism. The newly acquired tissue more than doubles the number of autism brains available to researchers through the repository.

Autism BrainNet is one of two major brain banks charged with storing tissue from autistic donors; the other is the NIH NeuroBioBank, which houses tissue at six U.S. laboratories.

BrainNet houses tissue from people in the United States and United Kingdom. (It is funded by the Simons Foundation, Spectrum’s parent organization.)

“People had started to give up on trying to do research on the postmortem brain because there was so little tissue available,” says David Amaral, director of Autism BrainNet and distinguished professor of psychiatry and behavioral sciences at the University of California, Davis MIND Institute. “[The new tissue] is going to reenergize people to think about what kind of science they can do.”

Researchers can request thin or thick slices, and samples from large brain areas — such as the cerebellum — or small ones in high demand, such as the amygdala. A single brain can supply enough tissue for hundreds of studies, Amaral says.

The bank’s scientists are working to sequence the donors’ genomes, so researchers can request tissue that contains specific mutations. They are also collecting clinical data from donors, including the donors’ intelligence quotients and the presence of other conditions.

The network accepts donations from anyone with autism and from neurotypical people aged 50 and younger. It includes donations from autistic people aged 2 to 91, with most donors aged 11 to 40. The specimens are stored at universities in New York, Texas, Massachusetts, California and Oxford, U.K.

Collecting postmortem brains is challenging. Some autistic people and their families are unaware that donation programs exist; others shy away because they do not wish to think about the possibility of a loved one’s death. To overcome these hurdles, Amaral and his colleagues have formed relationships with family groups such as the Dup15q Alliance, partnered with organ procurement programs and reached out to medical examiners’ offices across the U.S.

Autism BrainNet aims to partner with a Canadian brain bank to expand its reach.