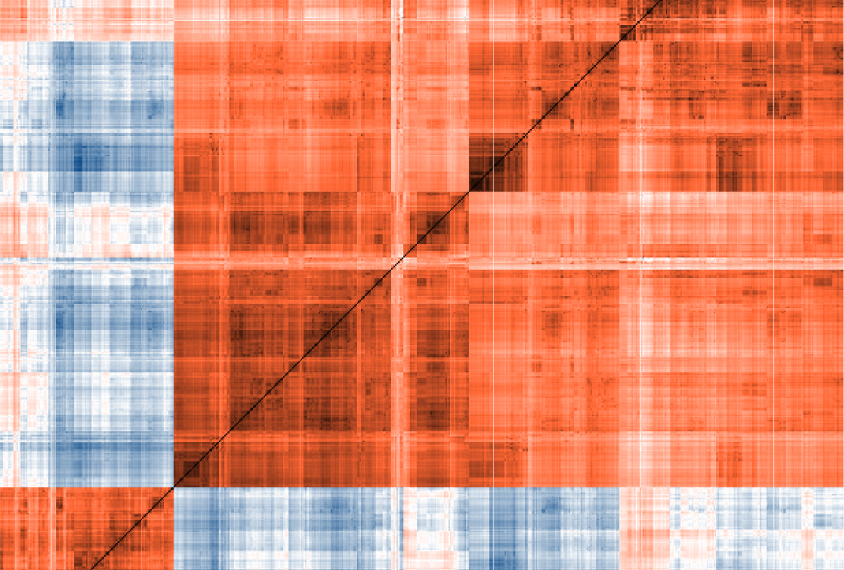 Predictive pattern: Certain DNA tags tend to cluster (red, black) in genes that lead to problems when one of their copies is missing.

A new tool can predict a genetic problem called ‘haploinsufficiency’ that can contribute to autism and other developmental conditions1.

People have two copies of each gene. In haploinsufficiency, a mutation impairs the function of one copy of the gene, and the other copy cannot produce enough of the protein to compensate.

Not all genes are vulnerable to haploinsufficiency: Some can sustain damage to one copy without consequence. A new algorithm called Episcore can predict haploinsufficiency more effectively than existing computational methods, which tend to be biased toward long or well-studied genes.

To create the program, researchers identified common patterns of chemical modifications on DNA in a list of genes known to be prone to haploinsufficiency. (These ‘epigenetic’ modifications control the expression of genes.) Haploinsufficient genes also tend to have more points of interaction between their regulatory regions and proteins called promoters that initiate transcription.

Episcore searches for these features in genes of interest. In a test, the program predicted haploinsufficiency in a number of variants already implicated in conditions such as hearing loss, breast cancer and intellectual disability.

It also accurately flagged potentially damaging genes in two datasets of sequences from families with congenital heart defects. The results reflected less bias toward certain classes of genes than other methods do, the researchers reported in May in Nature Communications.

Scientists could use the tool to identify potentially harmful variants in DNA from people with developmental conditions. Its inventors plan to refine it using epigenetic data from cells and tissues at various developmental stages.