Test detects unusual sense of smell in children with autism 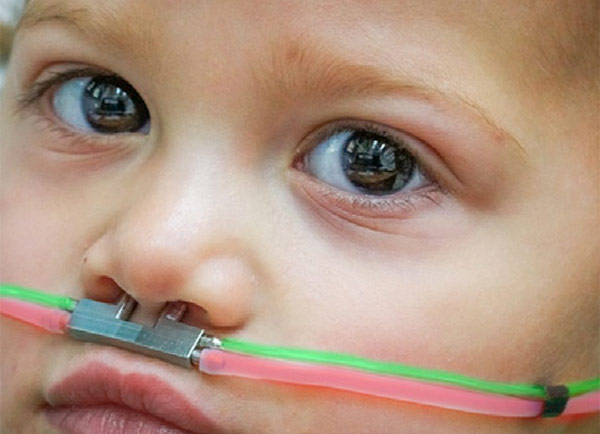 Children with autism may not inhale sweet and foul scents through their noses the way other children do, according to a study published 2 July in Current Biology1. The findings point to an easy diagnostic test for the disorder in young children.

Individuals with certain psychiatric disorders, such as schizophrenia, may have an altered sense of smell. But despite the many studies of abnormal sensory processing in autism, relatively few have explored how smell may differ in the disorder.

Results from the few studies so far have been variable. One paper last year suggested that children with autism experience smells more intensely than their typical peers do, but another found no such difference.

The new study suggests both that smell is impaired in children with autism and that their altered response to odors is tied to their social deficits.

There is intriguing evidence for a role for olfaction in social interaction, say the researchers, led by Noam Sobel at the Weizmann Institute of Science in Rehovot, Israel. An impaired sniff response may indicate an inability to pick out the social cues contained in scent.

The researchers fitted 18 children who have autism and 18 typically developing children, all 7 years old, on average, with a small tube called a nasal cannula. The device channels odors directly into the nose and measures nasal airflow.

Every 30 seconds for 10 minutes, the cannula alternatively delivered a pleasant odor (rose or shampoo) or an unpleasant one — that of rotten fish or sour milk — to the participants.

Most people inhale deeply when the smell is pleasant but sniff more tentatively when it is not. This pattern held in the controls, but the children with autism did not seem to react to the quality of the odor: They sniffed with more or less the same intensity for each type.

In fact, the less a child’s response differed between the odors, the more severe his or her deficits on a scale of social ability.

Because the sniff test doesn’t require speech, it might eventually aid diagnosis in toddlers who are not yet verbal, the researchers say. Children don’t have to pay attention or follow directions either: Those who took part in the study watched a cartoon while they sniffed.

Before anyone would consider early clinical use of the test, however, the study’s results would have to hold up in larger studies involving toddlers. No one yet knows whether toddlers show this difference in sniff response or even whether the difference is specific to autism.

Because of its small size and inclusion of only two girls, the study is “a work in progress,” says Neil Martin, a psychologist at Regent’s University London in the U.K., who was not involved in the study. Autism is known to manifest differently in boys and girls, and the gender imbalance may bias the results, Martin says.

It’s also unclear whether the children in the study could detect the smells at all, a limitation of many studies of smell in autism, Martin says.

Sobel’s team plans to explore whether the pattern holds up with other odors and in toddlers. They are also following up on the potential role of smell in social communication in autism.