With its targets, top autism gene may define a form of the condition 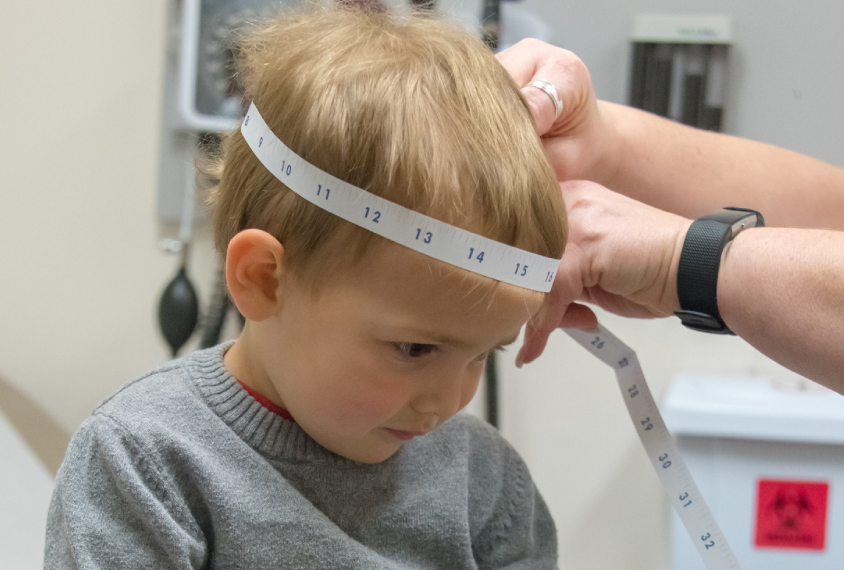 Measuring up: Children with mutations in an autism gene called CHD8 tend to have unusually large heads.

Children with mutations either in CHD8 — a top autism gene — or in genes that CHD8 controls share similar characteristics, such as enlarged heads and severe social problems.

Together, these mutations may define a subtype of autism, according to unpublished results presented today at the 2019 International Society for Autism Research annual meeting in Montreal.

The study is part of a large project that seeks to characterize children with mutations in rare genes linked to autism, in an attempt to grapple with its diversity.

“It’s a really novel way of looking at these [subtypes] and starting to bridge how these genes cause the molecular consequences that then create the behavior that we can observe,” says Caitlin Hudac, a research scientist at the University of Washington in Seattle, who presented the findings.

Children with mutations in CHD8 have the most social problems, on average, followed by those with CHD8 target mutations and then those with a mutation in one of the other genes. The researchers measured these skills using both the Autism Diagnostic Observation Schedule, a clinician-administered diagnostic test, and the Social Responsiveness Scale, a parent questionnaire.

By contrast, children with CHD8 mutations have the best adaptive (everyday life) skills, followed closely by those with mutations in the target genes and then those with the other autism mutations.

The findings support other data from the lab showing that CHD8 mutations have a greater effect on social behavior than on everyday functioning and intelligence, Hudac says.

The researchers also used electroencephalography (EEG) to detect the brain’s response to sound in 8 children with CHD8 mutations, 11 with target mutations, 16 with other autism mutations and 65 children who have autism with no known genetic cause.

The children listened to a series of tones punctuated by the occasional one that varied in pitch or length. The children with autism of unknown cause, and those with mutations in either CHD8 or its targets, showed an enhanced EEG response to the new tones, the study found. Children with other mutations, by contrast, did not show a noticeable difference in brain activity.

This hypersensitivity to new sounds could underlie some of the sensory sensitivities that characterize autism in children with mutations linked to CHD8, Hudac says.

“You can imagine that these children would have a lot harder time with aversive stimuli, because they are already heightened in response to really basic sounds,” she says.

The researchers also occasionally punctuated the sounds with squelches, chirps or beeps. These noises prompt a brain response that reflects an attempt to make sense of the change, rather than simply noting it. All the children show brain activity changes in response to these noises, but the children with mutations in either CHD8 or its targets showed smaller changes than the other two groups did.

In fact, the responses of children in the CHD8 groups become increasingly muted with each chirp or beep; this did not occur in the other children. The diminishing responses may reflect a loss of interest or fatigue, Hudac says.